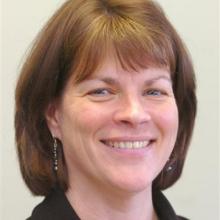 Harlene Hayne.
University of Otago vice-chancellor Prof Harlene Hayne has been accused of intimidating behaviour as the university continues to attract criticism over humanities cuts.

The accusation comes after academics from around New Zealand and the world have called for the reinstatement of Pacific Islands Studies researcher Associate Prof Jacqui Leckie.

As part of the campaign, New Zealand academics emailed Prof Hayne to make their feelings known.

Multiple sources confirmed to the Otago Daily Times that Prof Hayne sent replies not only to the academics, but also to their respective vice-chancellors.

Some of the academics are understood to have questioned why their vice-chancellors were also sent the response and believe Prof Hayne was trying to intimidate them and prevent others from speaking out.

Tertiary Education Union (TEU) president Sandra Grey said Prof Hayne’s actions were "unethical". She said the union would be writing to her to say it was out of line to copy the vice-chancellors in.

The union would say to Prof Hayne the TEU thought it was "not acceptable to be including people’s employers in [her] critique of their lobbying", Dr Grey said.

The academics’ opinions on Prof Leckie losing her job had nothing to do with their employers, she said.

"It’s a legitimate activity for academics to engage in critiquing the system."

Dr Grey also said the tone of Prof Hayne’s response was more critical of the academics than was necessary.A spokeswoman for the university said in a statement: "The assertion that the vice-chancellor copied her responses to staff in other New Zealand universities to their respective vice-chancellors was a tactic to intimidate or a sign of frustration is incorrect."

"Instead, the vice-chancellors from other institutions were copied in out of courtesy," she said.

"[It was] a way of letting them know what she had said to their staff.

The accusations come as an online petition calling for  Prof Leckie’s reinstatement continues to attract support and had more than 600 signatures yesterday.

Prof Leckie, a former head of the university’s anthropology and archaeology department, was one of two anthropology staff to be made redundant during a review of the humanities division.

The university continues to attract criticism after it made the decision to cut the equivalent of 16 full-time jobs from the humanities division.

The TEU is leading a "teach-in" to protest the cuts today, with events, including a keynote address from Dr Grey in the Burns lecture theatre from 2pm to 3pm and a panel discussion, also at Burns from 5pm to 7pm.

There was a much less painful way that this could have happened and it makes you wonder about the wisdom of senior management. Numbers in humanities have been dropping across the country for a few years now and if the University had simply frozen new appointments and offered early retirement to some, natural attrition would have resolved this in a much less painful and respectful manner without the side effect of destroying the morale of an entire Division of the University. It's poor management.

Why do Academics think they walk on water and therefore are immune to the ups and downs of life that mere mortals like myself are subject to? To criticize the Otago VC for copying replies to her critics to her fellow VCs is highly disingenuous and indicates that these critics themselves did not have the courage and courtesy to copy their own VCs on their communications to Harlene Haynes. Hiding behind this facade of claimed intimidation shows how far these people are disconnected from the real world.