'I am anything but complacent': Ardern

By Mike Houlahan
0 Comments
Today, the Otago Daily Times continues its series of interviews with the leaders of the political parties now in Parliament. In part two, Prime Minister Jacinda Ardern talks to Mike Houlahan about her three years in office, the performance of the South’s Labour MPs, and sets out her party’s views on some of the major issues facing the region.

On average, most governments can expect to have to deal with one major crisis a term.

When Jacinda Ardern became prime minister three years ago, one of her first challenges was dealing with the discovery of the cattle disease Mycoplasma bovis on farms near Waimate.

Since then has come a rolling maul of disasters, from the March 15 terror attack to the eruption of Whakaari/ White Island, and now the ongoing battle against the pandemic disease Covid-19.

‘‘You can’t really prepare for that range of challenges, but in some ways you can,’’ Ms Ardern said.

‘‘One of the things that we were challenged on, prior to having these later events, was our quite aggressive focus on adhering to the Budget responsibility rules and getting our debt down, and I stand by that.

‘‘That has meant that we have been in a better position than most economies we compare ourselves to going into the pandemic, and it has given us the ability to make sure we are investing in people, looking after their welfare and needs, and that has put us in a strong position to come out the other side after the rebuild.’’ 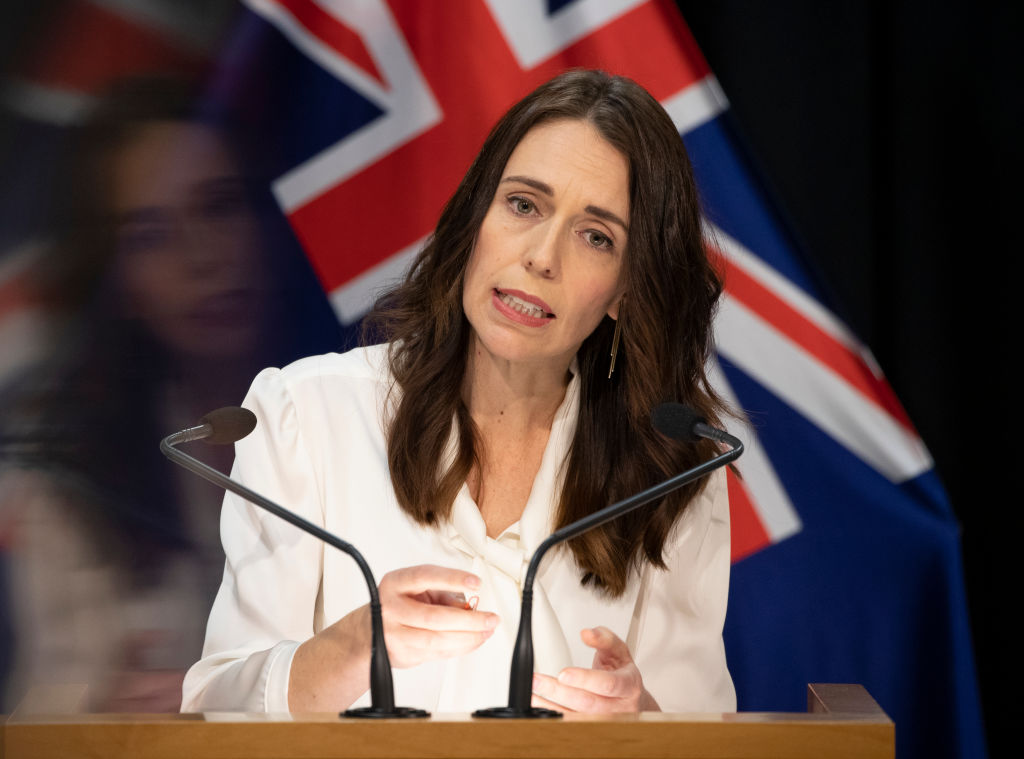 As with every election, economic management will be a major point of debate, and in the space of a few months Ms Ardern’s Government has surged from sound debt management principles to racking up enormous loans to cover the cost of the country’s response to Covid-19.

Labour, like all parties, will likely find the repayment requirements on that debt is a handbrake on their spending ambitions should it be in government following the election.

Ms Ardern said Labour believed in incremental change and carried that slow but steady philosophy over to debt repayment, so the deficit should not be a barrier to second term initiatives.

‘‘There is a difference between us and the Opposition, which is that we are willing to bring debt down over a longer period of time, but through investment in training and education and job creation, as opposed to setting debt targets that will mean austerity measures.

‘‘Our debt repayment plan was set out in the Budget and demonstrates that taking it over a longer period of time, with careful management, means that you wouldn’t have that level of cuts at all.’’ 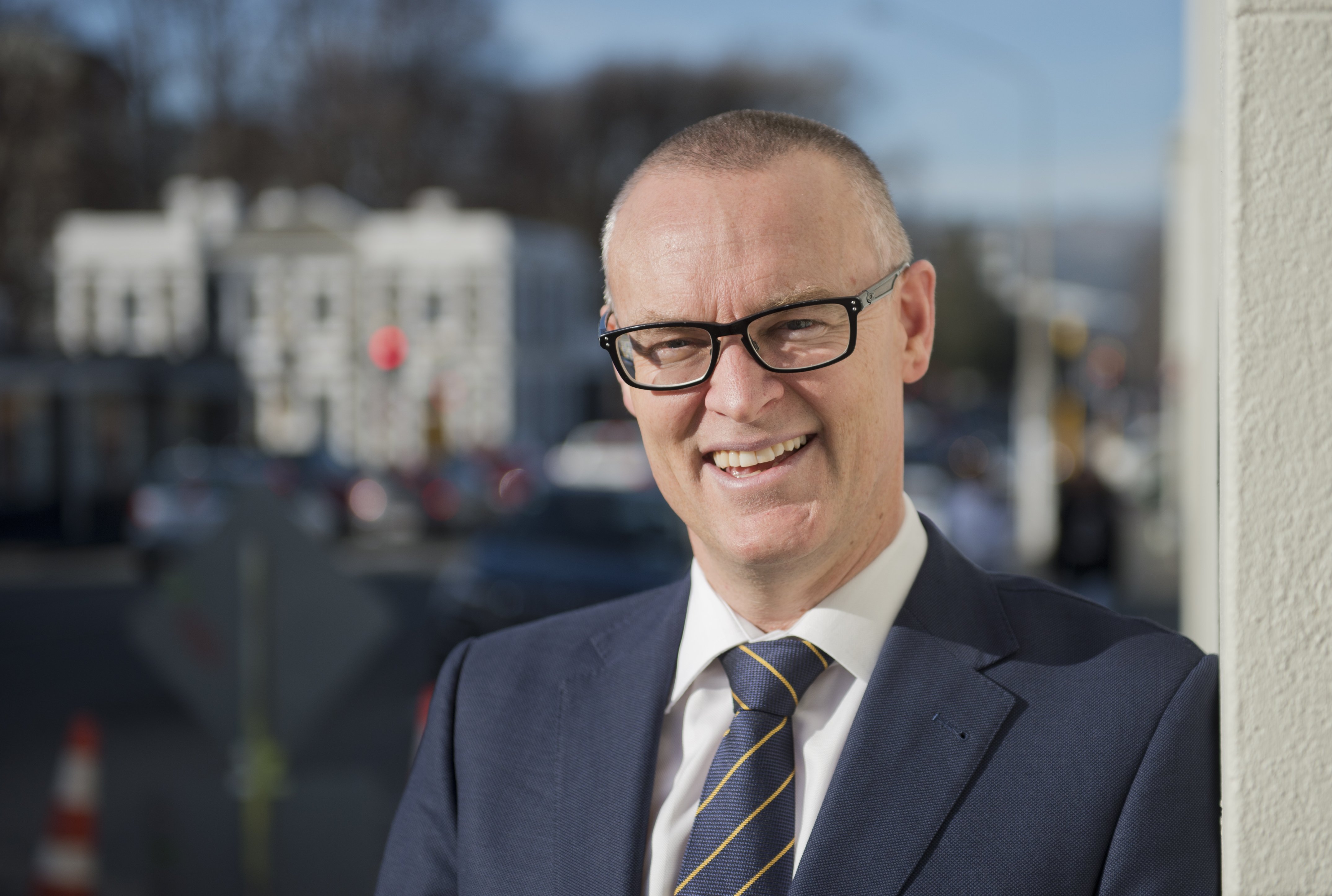 However, a series of self-inflicted missteps involving failure to adhere to his own Government’s Covid-190 lockdown rules saw Dr Clark endure a torrid time and the loss of his associate finance role before finally resigning his health portfolio.

‘‘David was leading our pandemic response, which has proven to be a successful response, as health minister all the way through and I don’t think anything that has happened should diminish that role that he has played,’’ Ms Ardern said.

One of Dr Clark’s problems was a perception that he had been sidelined from the Covid-19 response as he was not in Wellington during the Alert Level 4 lockdown.

All Cabinet ministers had been told to stay at home, and Ms Ardern acknowledged that in retrospect that did Dr Clark no favours.

‘‘That was a thing that we were very mindful of, that if we were asking others to act in a certain way we needed to make sure that we were doing that ourselves . . . hindsight is, of course, a wonderful thing, but we were in constant contact and Minister Clark was playing a constant role.’’

Dr Clark was the second Dunedin-based Cabinet Minister to fall during Ms Ardern’s term; Dunedin South MP Clare Curran stood down some months beforehand after a series of troubles.

‘‘I know both of them really well, I consider both of them friends, and I consider them both to have made a significant contribution to our team, both as ministers and as MPs,’’ Ms Ardern said.

‘‘You will not find stronger advocates for the wider region than Clare and David and they continue to be.’’

Another regional advocate is Invercargill-based list MP Liz Craig, who has hosted a range of senior Labour MPs in recent weeks as the Government marshals its response to the decision by Rio Tinto to close the Tiwai Point aluminium smelter.

With hundreds of jobs directly and indirectly linked to the smelter the economic shock closure could deliver to Southland would be unwelcome at any time, but particularly when Covid-19 is also crippling many businesses.

‘‘We are asking for more time, and with negotiations ongoing that’s what Ihope we will see for them,’’ Ms Ardern said.

‘‘With the investment we are putting into the Invercargill town centre redevelopment, the flood protection work that we are needing to do down there, the investment in aquaculture and the Southland development agency Great South’s plan around future investment in fruit production and space facilities, there will be those opportunities — it’s just a matter of making sure we bring them on-stream at the same time as we see people transition out of Tiwai.’’

Further up the road, Ms Ardern said Labour remained ‘‘absolutely’’ committed to the rebuild of Dunedin Hospital, and also wanted to continue investment on upgrading Otago and Southland school buildings.

‘‘I remember very early on visiting Dunedin Hospital and it was just so clear what was needed there,’’ she said.

‘‘Health has just received the Simpson review — that is a significant programme of work and I think that already sets out a roadmap for the kind of reform that is required in our health system.

‘‘Education, we have already had the work done by Minister Chris Hipkins on the future of vocational training and education, which there has obviously been a lot of discussion about down south.

‘‘Now more than ever it feels incredibly timely, especially when we are trying to create jobs as part of our response and recovery, making sure we have the right access to vocational training at a regional level is really important.’’

With soaring poll ratings, Ms Ardern is able to run for reelection as the frontrunner, but she laughed when it was suggested this was her election to lose.

‘‘I am anything but complacent. Maybe I have been around politics too long, maybe it is just in my nature, but I am always inclined to anticipate what could go wrong.

‘‘No-one predicted 2017 and I have been around politics a long time: we should never be complacent and we should win every single vote, not just right up to the polling date but beyond, and even from the moment you are elected, then starts the process of having to maintain people’s support.

‘‘I think there is nothing worse than politicians taking for granted the support that they have.’’