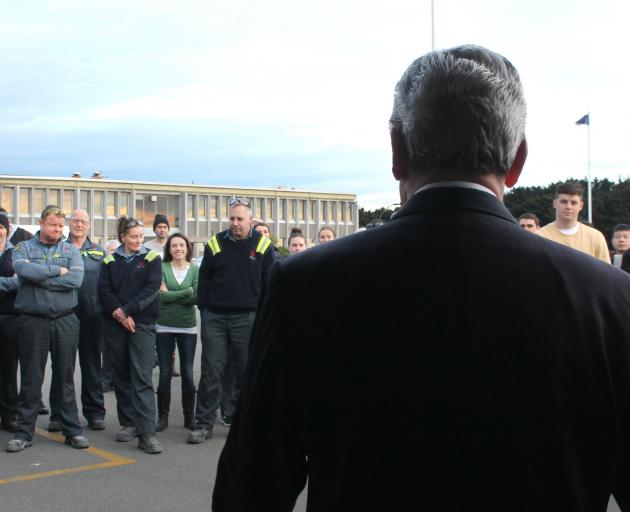 New Zealand First leader Winston Peters’ bus tour of the country included a stop at the Tiwai Point aluminium smelter, where he told workers he would push for the smelter to remain open for another 20 years. PHOTOS: LUISA GIRAO
Back in the first-past-the-post era, campaigning politicians could have been forgiven for bypassing the southern seats — for several of those electorates it was literally a one-in-100 year event if they changed hands.

Once MMP arrived, not all parties recognised immediately that there was suddenly an incentive for them to send their star performers into territory which had never elected an MP of their stripe before ... the party vote.

In MMP, the party vote is paramount when it comes to formation of the next Parliament, but in the early years of the then new electoral system strategists and politicians alike were slow to identify that, and often narrowly focused on electorate races to the detriment of their wider chances.

Roll on 2020 though, and there has been a cavalcade of senior politicians through the South in recent weeks, and that is only going to continue as the election date nears. 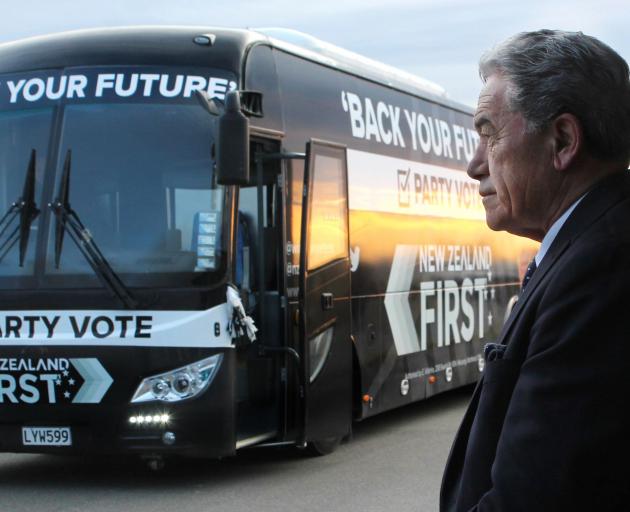 Yes, the most votes are in the biggest cities, but of the 2.5million party votes cast in New Zealand in 2017, 7.5% were cast in the five southern electorates.

It is why National sent its deputy leader Gerry Brownlee to Dunedin on Monday and has sent senior MPs off on road trips throughout the South, and it is why Labour will start deploying its pieces in the region next week.

It is also why New Zealand First kicked off its election campaign this week by taking its tour bus for a tootle through the South, and it will have been delighted with the results.

Leader Winston Peters has a knack of capturing headlines, and whether rallying the workers at Tiwai or playing table tennis at the University of Otago, there he was on the front pages of newspapers and news websites.

Mr Peters also got less wanted attention for breaching the no smoking rules on the university campus.

He has bristled in the past when asked about his cigarette intake but may well not have minded so much on this occasion, being experienced enough to know that there is seldom such a thing as bad publicity — in fact, his indiscretion might have won Mr Peters a vote or two in some quarters.

The following day Mr Peters, Lawrence-based list MP Mark Patterson and the rest of the New Zealand First entourage were at Tiwai Point for the main event of the party’s first week on the road, a rally at the beleaguered aluminium smelter.

As Mr Peters was quick to point out in his speech, this was his second visit in recent times, and do not be surprised to see him fetch up again at Bluff before this campaign is over.

While specifically talking to Tiwai and the people facing economic uncertainty due to the possible closure of the smelter, Mr Peters’ speech was crafted with workers at Marsden Point, Glenbrook, and other major industrial sites in mind.

He told workers that other parties did not give ‘‘a rat’s derriere’’ about them, their family, or their province, but New Zealand First, the self-proclaimed party of the provinces, did.

‘‘If you really want a future, and you sure deserve to have it, then you’re going to have to send Wellington a very clear message — ‘We’ve had a gutsful and we’re not taking any more’.’’

Good, rousing, knockabout stuff, although some might have wondered whether, as deputy prime minister for the past three years, Mr Peters could have done more to prevent the current crisis.

Other politicians will no doubt follow Mr Peters to Tiwai and thump a similar tub, but for the sake of the survival of New Zealand First he will be hoping that voters remember he was there first and beat the drum the loudest.

In another example of how the pandemic is hampering politicians on the campaign trail, this week the Green Party cancelled Green Ticks & Guitar Licks — a concert at Dive with Chloe Swarbrick and Dunedin candidate Jack Brazil on the bill, but not an event suited to these attendance-limited times.

During an election campaign MPs do get out and about, but Dunedin National list MP Michael Woodhouse must have set some sort of mileage record in the past few days, having campaigned in both Northland and Southland.

His National Waitaki colleague Jacqui Dean has also been on the road, campaigning on the North Island’s East Coast.

Parliament has now officially dissolved so this year’s election can — finally — be held, but that does not mean the wheels of government do not keep rolling.

Submissions are still open on 13 Bills before select committee, although it will be up to whichever parties form the next government as to whether they reinstate the Bills on the order paper or not.

The Speaker is also still on the job, chairing the Parliamentary Service Commission and being ‘‘responsible minister’’ for Parliament and its officers.

It's the only time we get to see these people, not when we want to see them, but when they want us to see them. National could have saved some money and sent a toilet seat around with a picture of Michael Woodhouse on it.

Now that's a little unfair. Take for example Gerry Brownlee. OK, he's a christchurch MP but he's spent a lot of time in the south, well Christchurch, over the last few years. They love him there. His support for the local baking industry is legend.