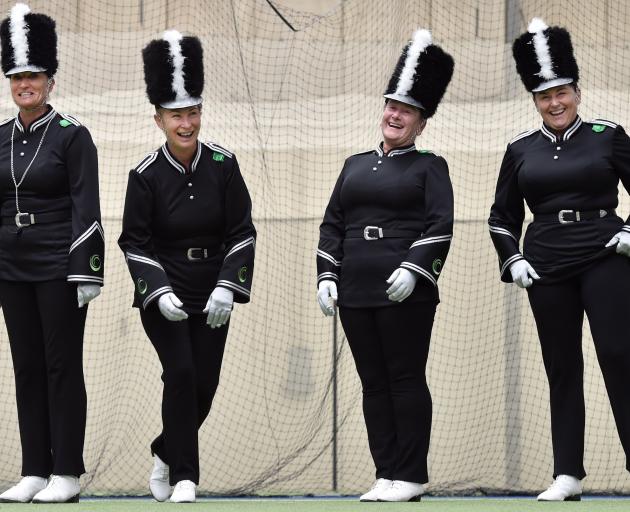 Onyx Militaires Masters marching team members (from left) Deanne Burrell, Maree Cross, Sue-ellen Moore and Suzanne Cox, all of Dunedin, have been marching together since they were 8. PHOTOS: PETER MCINTOSH
One Dunedin woman has been marching in step for nearly 45 years.

Deanne Burrell first began marching when she was 8 years old after seeing the activity advertised at Caversham Primary School.

"I went along and I fell in love with it."

She had marched in different teams throughout the years and despite some periods where she did not march, she always found her way back to the activity.

The friendship and travel were both drawcards.

"I’ve known some of these women since I was in primary school — it’s pretty amazing. 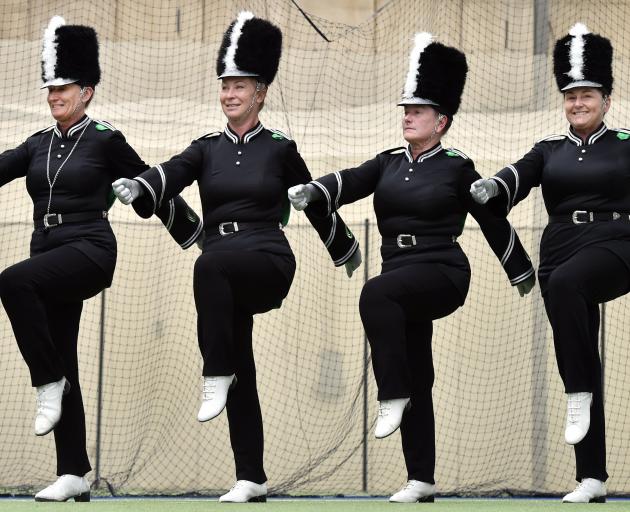 This year was her fourth year straight marching after taking a break. Initially joining a leisure team, she was now in the competitive Onyx Militaires masters team.

The team was one of five participating in the marching competition yesterday.

They practised for about four hours each week during the season, which ran from October to March.

"Most weekends there is something on", Mrs Burrell said.

This weekend, the South Island Marching Championships will be held in Dunedin, 27 teams from across the South participating.