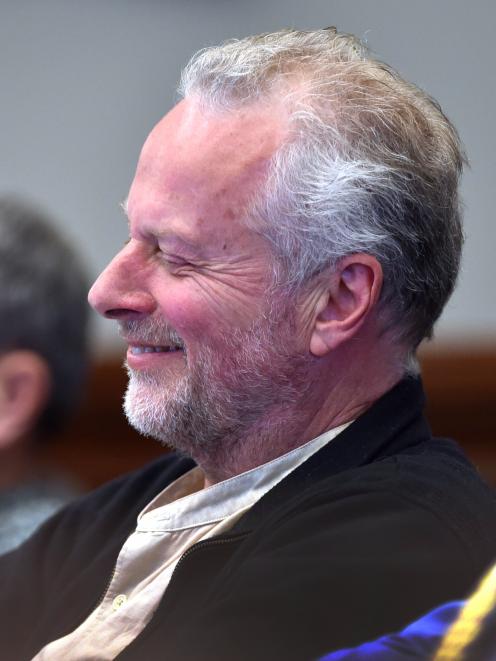 In a lengthy blog that borrows from The Hitchhiker’s Guide to the Galaxy comedic science fiction series, Cr Vandervis adapts the allegory to opine on city council staff "intent on destroying City Life as we know it" and the failings of elected representatives.

He singles out a staff member to criticise his previous work, and seems to refer derisively to a car crash involving Mayor Aaron Hawkins and an incident where deputy mayor Christine Garey’s mother was a pedestrian who was hit by a motorcycle.

The column covers issues such as lack of performance from council-owned companies, increased debt, shutting down critical speeches and questions, responses to climate change and what Cr Vandervis describes as car phobia.

Mr Hawkins said he was aware of the blog and did not intend to lay a complaint.

The most recent breach of the council code of conduct by Cr Vandervis — for an outburst deemed intimidating — was debated in October and some councillors said enough was enough.

The code requires elected members to conduct their dealings with each other in a manner that maintains public confidence, is courteous, is focused on issues rather than personalities and avoids disrespectful language.

They must avoid publicly criticising any employee.

In his blog, Cr Vandervis starts a poem with "Beware beware the mongrel Mayor".

Councillors appeared to be "pimples on the bum of bureaucracy" and much more despised if they insisted on being scratched occasionally, Cr Vandervis wrote.

Voting was almost always a rubber stamp inked by the mayor’s A team and other team players.

Cr Andrew Whiley said he felt the blog was "Lee being Lee" and the code of conduct was not an instrument to be used lightly.

However, Cr Whiley said the "poor me" theme from Cr Vandervis was getting tired.

The public was more interested in what councillors would do this year than in rehashing historical grievances, he said.

Cr Steve Walker said the column was full of "mistruths".

He had no comment on whether it breached the code, but "it most certainly does breach the memory of the late great Douglas Adams", Cr Walker said, referring to the author of The Hitchhiker’s Guide to the Galaxy.

Local Government NZ is exploring how codes of conduct could be improved or strengthened.

He felt elected members should behave better and he advocated requiring them to undergo education, training and development.

"To vent in this way is not conducive to enhancing the level of debate or engaging with the public."

What work? Oh, carborundum, on the ratepayers' dollar.

I bet if this was a blog about Lee himself, there would be no whiny counselors talking to media about it...but then, if that was the case, the media wouldn't even report it anyways

Lee is an asset. He does however need to concede in his own mind he wont be mayor. He can endorse Radich as mayor and get the Deputy role. This is the only way you will rid Dunedin on Hawkins, so Lee please think this through. The public and your strong support will make it happen.

Do you know the 'public' view of the Mayor, or is it that of a conservative cohort? Predicting electoral victory based on the conflictual style of a councillor is a bit like being a speculative economist. Not a great success rate.

Lee got highest of the first preference votes, Hawkins picked up the ones where people's 1st, 2nd...5th... choices missed out till down the list they had ticked Hawkins.
I get the impression that a lot more people have realised that "niceness" is nice but it's not the first priority when they want the city run efficiently. The fact that Cr Vandervis says realistic things that need saying, in his natural loud voice, without evasions, may be uncomfortable. It's even more uncomfortable seeing rates soaring far above real incomes, seeing business owners' knowledge being ignored in favour of green dreams, seeing the city centre decorated with dots now shabbily wearing off slowly, seeing empty shops and silly planters, driving round and round and round to find a park. Dunedin has its own habits - we could call it culture if that didn't seem a bit pretentious down this end of NZ - as well as its own geography. Forcing cycles, buses, walking, and purposelessly hanging around a pedestrian-friendly CBD looking in empty shop windows, is too much of enforced ideologically driven change to the way we choose to live. We need realistic leadership.