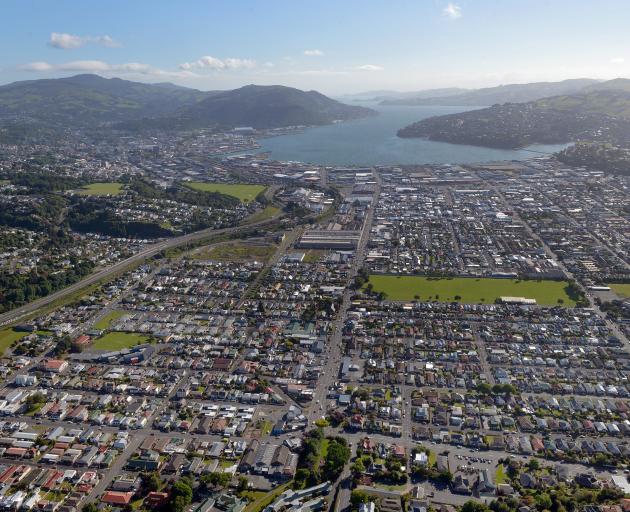 Photo: Stephen Jaquiery
Otago will help the world become more sustainable after being named a United Nations Regional Centre of Expertise (RCE) for Sustainability, it was claimed yesterday.

Otago joins 166 other centres around the world in holding RCE status, it was confirmed yesterday.

The drive to obtain the accreditation was led by Otago Polytechnic, following its work to embed sustainability into its curriculum and campus development.

Joining it in the push were mayors from across Otago, Ngai Tahu, the University of Otago, the Dunedin City Council, the Otago Regional Council, the Otago Chamber of Commerce and a host of other businesses and groups, including four secondary schools.

RCE-Otago director Barry Law said the combined push reflected Otago’s status as a region facing potential climate change, water and tourism issues, as well as its position as a hub for education.

As a result of earning RCE status, the new body, RCE-Otago, would work to advance the United Nations’ sustainable development goals across Otago.

That would include increased focus on water quality and use, sustainable tourism and low-carbon lifestyles, among other initiatives, Dr Law said.

There was also "strong interest" in the initiative from other sectors, including the agriculture, horticulture and viticulture industries and the health sector, he said.

Otago Polytechnic chief executive Phil Ker said it was an “exciting and important development” which would provide a regional model for the rest of New Zealand in addressing sustainability issues.

Dunedin City Council chief executive and chairwoman of the new body Sue Bidrose said sustainable development goals had already been adopted by the council, and gave it "a great steer on what matters to keep Dunedin thriving but also sustainable”.

Dunedin Mayor Aaron Hawkins said such goals should be "at the heart of any community", while University of Otago vice-chancellor Harlene Hayne said the initiative recognised "the great work already under way" in Otago.

"As a result of earning RCE status, the new body, RCE-Otago, would work to advance the United Nations’ sustainable development goals across Otago."

The United Nations' sustainability goals !!!
What exactly is that ??? !!!
Why is this the first we hear about this RCE status.
Why is the Polytechnic leading this ??? !!! They are not elected to represent us.
Where is the open discussion about giving away our sovereignty as to what is best for us and accepting global governess.
Sure, listen and learn from what others are doing but having elitists in our community commit OUR institutions to "work to advance the United Nations .. goals" smells of global governess by elitists that don't work for our best interests but a globalist ideology.
This is exactly what 'the people' throughout the Western world are rebelling against.
What exactly is RCE-Otago but more jobs and power for the non-productive sector and more red tape for those of us that DO things !!!

You are overeacting in accordance with anti UN worldview.

"RCEs also have four major ESD goals to be promoted in an effective way:
Re-orienting education towards SD, by covering integrating SD and ESD into the current curriculum and tailoring it to address issues and local context of the community in which they operate;
Increase access to quality education that is most needed in the regional context;
Deliver trainers’ training programmes and to develop methodologies and learning materials for them;
Lead advocacy and awareness raising efforts to raise public awareness about the importance of educators and the essential role of ESD in achieving a sustainable future. RCEs promote the long-term goals of ESD, such as environmental stewardship, social justice, and improvement of the quality of life."

I don't think it's an overreaction to ask questions.
I think it's elitism to think these public servants needn't be answerable to those that supply their pay packet.
"social justice" = Postmodernism = Marxism.
"develop methodologies and learning materials"
Isn't this the role of our Ministry of Education ???
Not that I think they are doing such a great job in fostering critical thinking, free speaking or a unified sense of identity.

Eyes Wide Open, if you do a look up, it's not as scary as it sounds. Basically a number of nations have signed up to promote and implement sustainable living and economies. We know that climate change is real, we know our current way of life is very damaging to the very environment we depend upon for our survival. The RCE basically puts us in the loop of valuable knowledge and possibilities for the future. I can assure you, our sovereignty remains intact as we know it. This is more about working together, globally. Have a look RCE Network, it's a positive move looking for solutions and collaboration to tackle problems for the future. Nothing 'sneaky' as I could see anyway! All about better lives for all. Might be just 'feel good' stuff.....but might be something good in it too.

The UNs sustainable development strategy is based on the Brundtland Report. However It has also been argued that the meaning of the concept has opportunistically been stretched from 'conservation management' to 'economic development', and that the Brundtland Report promoted nothing but a business as usual strategy for world development, with an ambiguous and insubstantial concept attached as a public relations slogan. Civil servants, politicians and academics cash in on the `climate emergency', meanwhile here in Otago we continue to search for oil, mine and quarry the land for it resources, plan on building huge concrete hotels, bridges, and waterfront developments. Pollute our air with fertilizer plants, huge floating cities and ships that burn the dirtiest of fuels, which in turn cloggs our roads with old diesel buses and trucks. We strip away our native flora and fauna and replace it with irrigated pastures, livestock and rows of pine trees, (which in turn we burn because it's "sustainable" but are only adding to finest and deadliest of air partlcal pollution that we breath) and let's not even mention the state of our waterways! Businesses as usual then!

You've made some interesting points Pat. More reading on my part required.