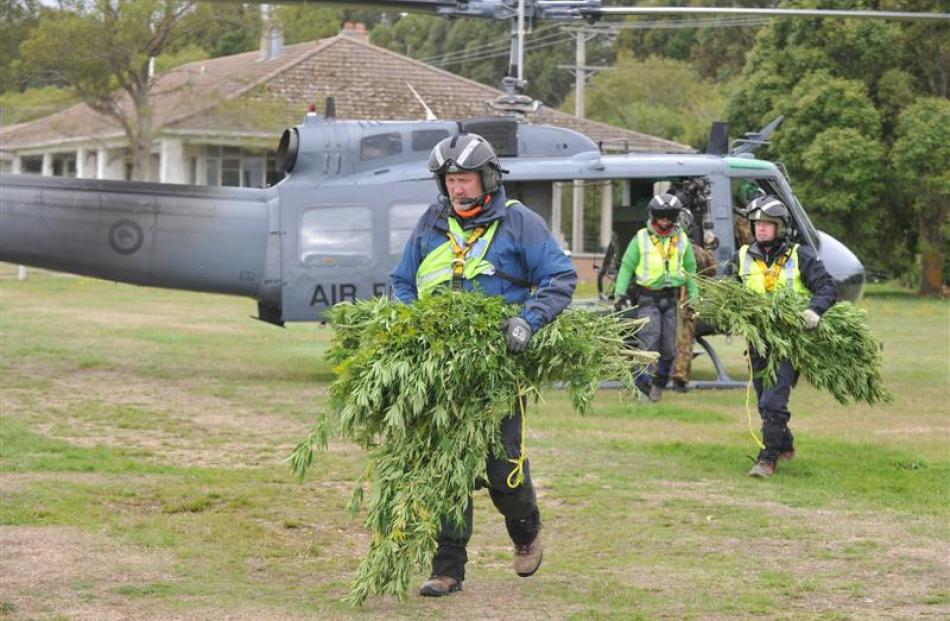 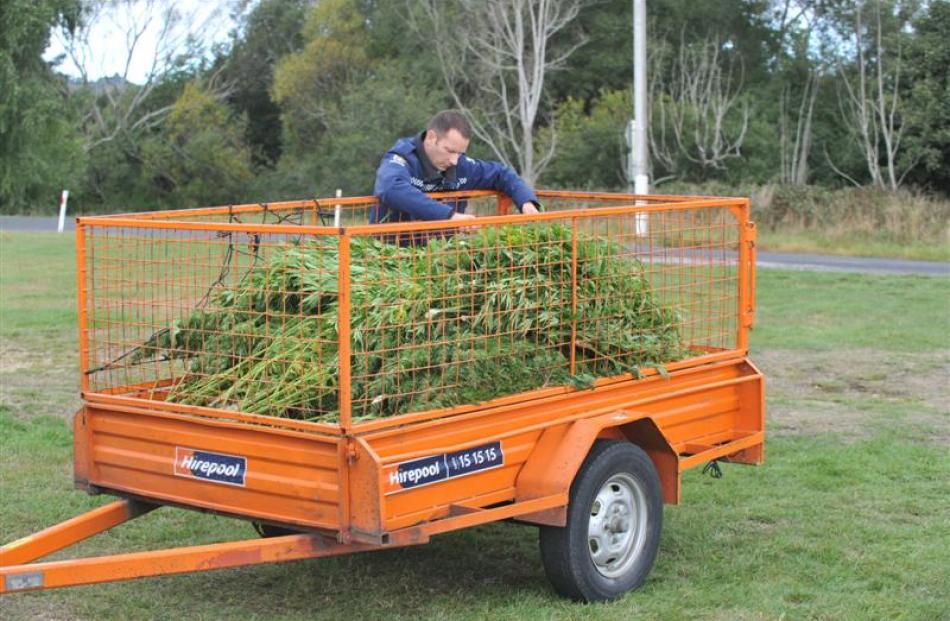 A police officer places cannabis plants into a trailer.

Up to $300,000 of cannabis has been kept off the street after the annual police drug raid.

The plants would have been destined for the illegal drugs market and their seizure would also have cut into crime, such as theft and burglary, which fuelled users' habits, he said.

Police executed 14 search warrants during the raid and 15 alleged offenders would face charges as a result, Det Sgt Inglis said.

''Some [of the plants], we believe, are linked to gangs, but proving it is a difficulty,'' he said.

Police had searched from Waitati to Middlemarch to Southland and the Otago Peninsula, he said.

''We found some in behind houses, to major bush areas,'' he said.

In the past, police had encountered plots protected by traps and other devices to prevent detection.

However, officers had not encountered such operations this year, he said.

Police utilised a combination of tips from the public and spotting the plots from the air.

''We have had a good couple of days,'' he said, after the three-day raid.

''We have somewhere between 2000 and 2500 plants we have removed from circulation.''

The operation was ongoing and police hope to unearth more cannabis cultivation in the coming weeks.

This year's haul was particularly ''healthy'' owing to a strong growing season because of the dry, hot summer, he said.

''The aim here is to stop some community harm. Stopping this from getting out into the community is our aim,'' Det Sgt Inglis said.

One person was arrested yesterday in relation to cultivation and more arrests and summonses would follow, he said.

''We continue to rely on information and people supplying us information [to prevent these drugs reaching the streets],'' he said.

Anyone with information that could help should contact Dunedin police on 471-4800. Information can also be provided anonymously to the organisation Crimestoppers on 0800 555 111.

• Any suspicious activity should be reported on 111.