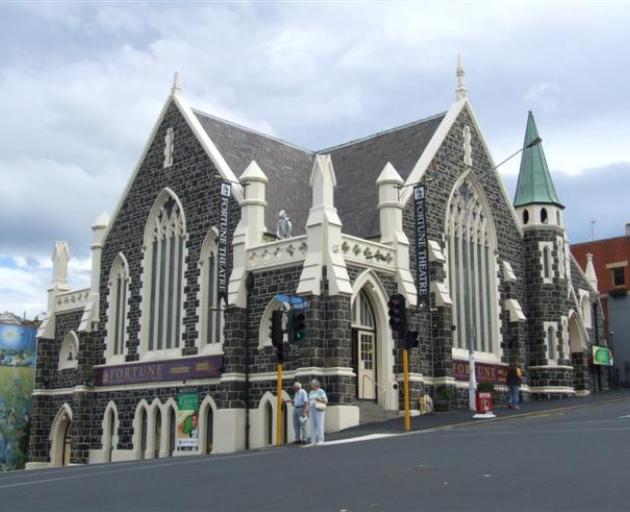 A year ago this month, the Fortune Theatre closed its doors, sending shock waves through Dunedin’s arts community. Now, while there remains a ‘‘Fortune Theatresized hole in the city’’ and a significant lack of venues, many Dunedin theatre practitioners see a new future emerging. Brenda Harwood garners opinions from some of the leaders in the field.

In the wake of the Fortune Theatre closure a year ago this month, Dunedin’s theatre community has shown remarkable resilience.

That strength and innovation shines through in the programming of 2019 seasons by Arcade Theatre Company and Wow! Productions, the Globe Theatre’s staging of Shakespeare’s Richard II, Prospect Park Productions’ Otepoti Theatre Lab playwrights’ programme, and more.

In addition, the local arts community has fully engaged with international theatre consultancy Charcoalblue as it maps the city’s arts and culture infrastructure.

But there is also grief at the loss of the city’s only fully professional theatre company and its anchoring effect for Dunedin theatre.

‘‘Losing our professional theatre company and central hub, which everyone could tap into, is something I feel very sad about,’’ she said.

A member of Wow! Productions, Ms Warrington was looked forward to the May 23 2019 season launch, and is also pleased to see many younger practitioners creating work.

However, she believes a professional company is important for the city and would like to see one reinstated.

Hannah Molloy, chairwoman of local theatre umbrella organisation Stage South, said the removal of the security provided by the Fortune had led to impressive innovation.

‘‘There is a lot of energy out there — Dunedin is very well served at the moment.’’

However, she felt it was important for local theatre practitioners to maintain connections and avoid becoming isolated, which was a role Stage South was striving to fulfil.

Also, a major focus had been sorting and rehoming the Fortune Theatre wardrobe to an ‘‘accessible, safe and dry’’ space in the AA building in Moray Pl.

‘‘The wardrobe is going to be an important resource, which will be available for hire for productions,’’ Ms Molloy said.

And he was delighted to see so many companies working on ‘‘exciting projects’’.

However, the void left by the Fortune and all the infrastructure that went with it was having an impact.

‘‘While it is lovely creating work in found spaces, it causes logistical nightmares and adds to the budget,’’ Mr McMillan said.

And while the local theatre community was in good heart, he was concerned about the retention of younger practitioners.

‘‘There is a real and present danger that, in the absence of a clear pathway, they will move to other centres.’’

Prospect Park Productions producer H-J Kilkelly and playwright-director Emily Duncan felt the loss of the Fortune as a blow for playwrights, but had since come to view it as an opportunity.

While there was now ‘‘more space’’ for other practitioners, infrastructure and play development was still a major concern, Ms Kilkelly said.

In response, Prospect Park had founded Otepoti Theatre Lab to provide mentoring for playwrights, as well as a writing programme for schools.

Ms Kilkelly had been heartened to see the breadth of work that was being developed in Dunedin, but was concerned about infrastructure — particularly venues and funding.

‘‘It is very difficult, and expensive, to put on a show from scratch, and being able to pay practitioners is something we are passionate about,’’ she said.

Entertaining thousands and launching many careers, the Fortune had been ‘‘a home for our stories and our artistic community’’, he said.

However, he believes it is an ‘‘extremely exciting’’ time to be a theatre­maker in Dunedin.

‘‘There is more funding available to wider and diverse groups to create work,’’ he said.

Arcade’s aim was to act as an incubator for emerging artists to help retain them in the city.

‘‘Being able to pay emerging artists is so incredibly important — it allows them to focus on their work and to also see that their work can be financially viable.

‘‘What is now required is the right infrastructure — which is more than just a building — to keep them here and allow them to thrive.’’