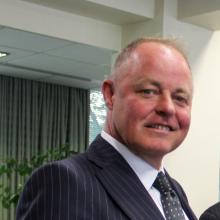 Craig Foss.
The number of drivers subject to alcohol interlocks in Dunedin may increase from a handful to several hundred, under the Government's proposed changes, Sober Check director Gavin Foster says.

Anyone convicted of two or more drink-driving offences within five years and any first-time offenders caught driving with more than 3.2 times the legal alcohol limit will be subject to an alcohol interlock sentence.

Alcohol interlocks act like in-car breathalyser devices wired into a vehicle's starting system. To start the vehicle the driver must pass a breath test. The devices were introduced as a sentencing option for drink-drivers in late 2012.

Mr Foster, the director of one of the two companies responsible for installing and maintaining the devices, said the changes would result in a dramatic increase in the numbers of drivers subject to interlocks.

Mr Foster estimated only ''four or five'' were installed in vehicles in Dunedin at present.

''We are very pleased the Government has made that announcement, because we have seen first-hand the good they do. They really do drive behaviour change.''

''That is 100 drink-drive attempts prevented each month, with only a couple of hundred interlocks in use across New Zealand,'' AA spokesman Dylan Thomsen said.

About 350 interlocks were in place in New Zealand at present.

''If a small number of interlocks can prevent 100 drink-driving attempts each month, then imagine how much impact thousands of interlocks will have,'' he said

''This has safety benefits for all road users,'' he said.

''Drink-driving causes an average of 77 deaths, 436 serious injuries and 1252 minor injuries on our roads every year, '' he said.

''Mandatory interlock sentences are a targeted and effective way to help spare families, friends and communities the pain and suffering that inevitably follows each and every one of those crashes.''

The proposed change will be considered in the Land Transport Amendment Bill.

Mr Foss said he hoped to have the change in place during the coming year.