‘‘This is one of the first smart crossings of its type to be introduced in New Zealand,’’ Dunedin City Council transport engineering and road safety team leader Hjarne Poulsen said.

The improvements would be monitored to see how well they worked, Mr Poulsen added. 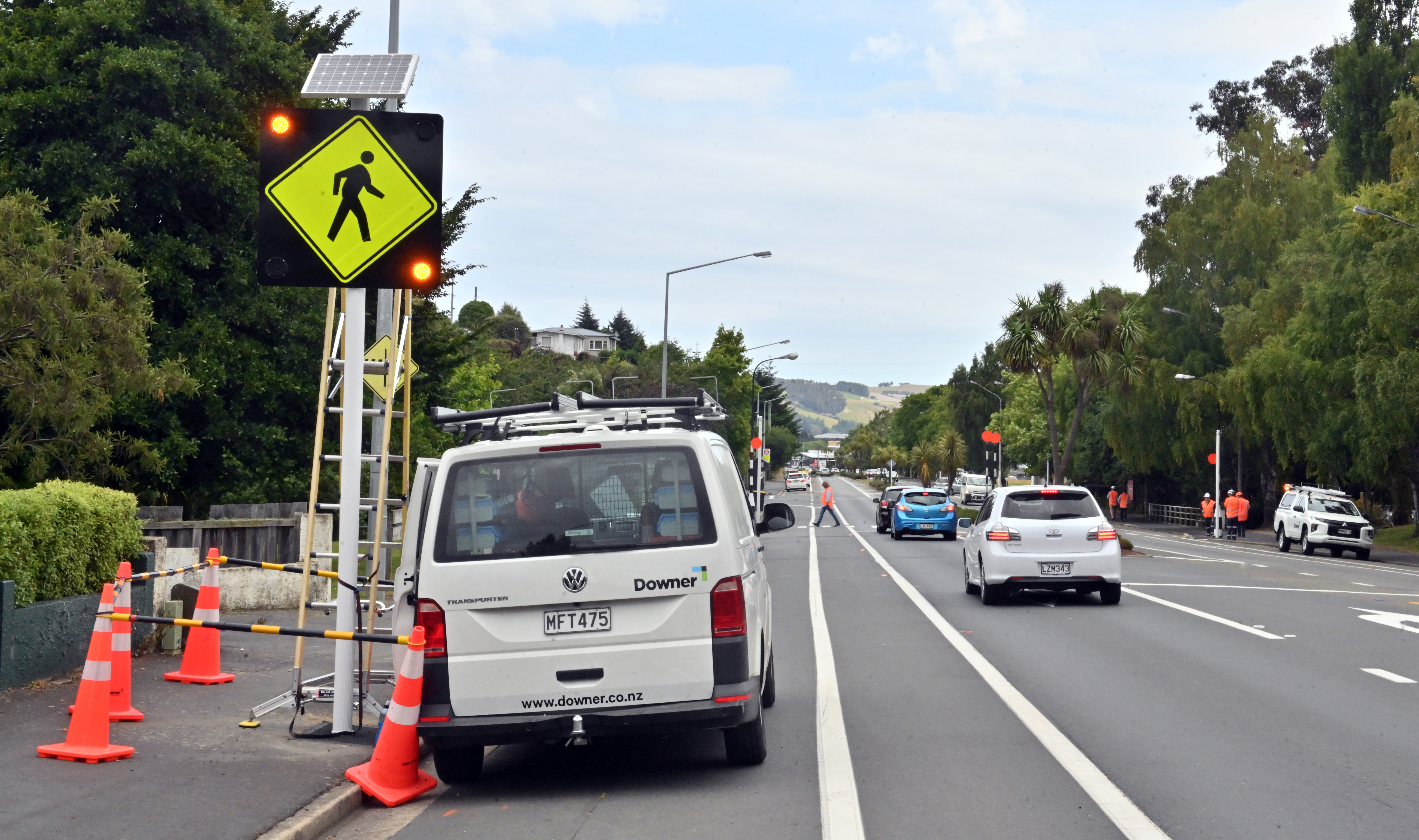 The new road safety measures were being introduced outside the three Dunedin schools to make drivers more aware they were approaching pedestrian crossings, and needed to slow down, Mr Poulsen said.

The Kaikorai Valley Rd crossing had several features to make it more visible, including illuminated signage on each side of the road and flashing LED lights in the roadway, which were activated as pedestrians approached to cross.