All hands on deck to spy on sharks

If you are interested in sharks, but not so interested in getting within touching distance of the apex predators, this may be something you can get your teeth into.

The New Zealand Marine Studies Centre, at Portobello, has developed a Shark Spy online citizen science platform that allows people to get involved in shark research without getting their feet wet.

Shark Spy project manager Rob Lewis said sharks were crucial parts of marine food-webs, keeping the populations of their habitat controlled, not only by consuming them, but also by modulating the feeding behaviour.

To ensure the health of New Zealand’s coastal ecosystems in the future, shark populations needed to be monitored and maintained.

However, scientists were missing some key pieces of information on multiple shark species, including diversity, seasonality, coastal movements, residency, age, sex and size.

That information would help scientists better understand and conserve the populations. 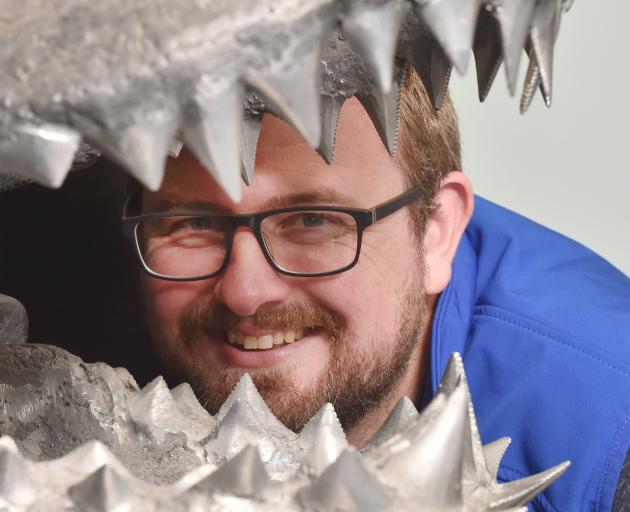 Shark Spy project manager Rob Lewis is running a citizen science platform on Zooniverse with people from around the world helping to analyse online shark footage. PHOTO: GREGOR RICHARDSON
He said Shark Spy was a citizen science project which aimed to collect that baseline data on sharks local to New Zealand coasts, and at the same time connect schools and communities to their coastal environment via contribution and collaboration in the project.

"We use Zooniverse, which is an online mass analysis platform.

"We’ve got clips of local sharks from our baited underwater video systems on there, and so [citizen scientists] can help identify the sharks and how many are in each clip.

"On our side, we stitch all that information together and in the long run it’s going to give us relative abundance assessments for certain locations."

In tandem with the baited underwater video surveys, Shark Spy also collected sighting information from the community, he said.

Anyone who saw a shark or its egg cases and snapped a video or picture of it could help grow the database by submitting it.

In its first three weeks, the project had attracted nearly 1300 volunteers from all over the world, and between them they had analysed more than 5000 video clips and made almost 90,000 classifications.

"It’s fantastic to have so many people be interested and jump in and be involved.

"I was blown away by the support it has been getting."