'Anxiety hanging over us forever' 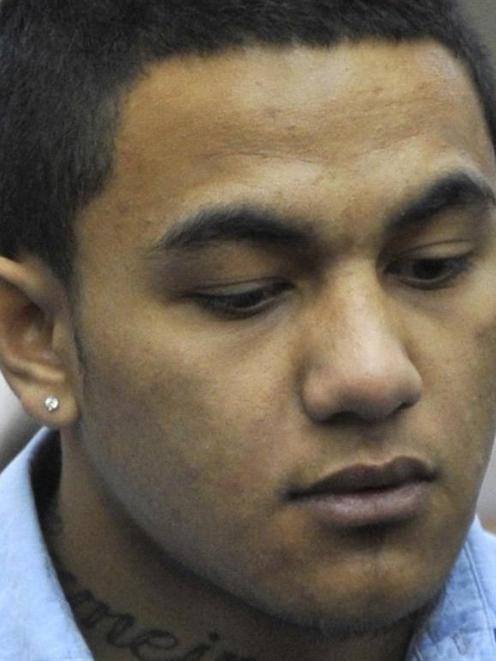 Jerome Rahiri Folimatama.
The mother of a Dunedin woman who had been brutally stabbed and left for dead says her family will live in fear for the rest of their lives after confirmation the offender will be released this month.

Jerome Rahiri Folimatama will be paroled on February 29, almost two years short of his full sentence for the attempted murder of his then partner.

Folimatama stabbed her so violently the knife broke off inside her chest.

He then bludgeoned her with an axe and took their infant son, leaving the woman for dead.

The victim's mother, who only wished to be identified as Brenda, said the family would be anxious for the rest of their lives.

"He doesn't deserve for us to give up another moment of our life for it but there's going to be that anxiety hanging over us forever,'' she said.

The parole board's decision, released yesterday, said Folimatama "regrets deeply the offending, has genuine victim empathy and thinks about the incident often'' and was no longer an undue risk to the community.

One of his conditions prevented him from coming to the South Island.

Although his proposed residence was not disclosed, the Otago Daily Times understands he will live in Auckland with family.

His behaviour in prison was "exemplary'', the decision said.

"He showed insight and understanding to a level beyond any prisoner to appear before the convener,'' the parole board said.

Brenda said she was sceptical of the changes in Folimatama's behaviour and attitude.

"I can't see a miraculous recovery - a whole lifetime of change happening in a year,'' Brenda said.

"The only reason he's not inside doing a life sentence is because a little 5-year-old boy went and got help and saved her [her daughter].''

The victim had remained in a coma for four days after Folimatama viciously attacked her in July 2011.

He told police at the time he "just lost it'' after she taunted him.

He was jailed for six years and four months after pleading guilty to attempted murder.

Folimatama had previously blamed his victim for his actions, saying she provoked him, Brenda said.

"He's done a complete turn around in one year [according to his comments in the parole board's decision],'' she said.

"Four years of blaming her and all of a sudden ... he's a changed person?

"I don't think a person can change in a year. That's who he's been since a child.''

Brenda said her family had been left disillusioned by his sentence.

"It started off 10 years and four months. Then the judge gave him 20% off for pleading guilty and then 20% for remorse, but there was no remorse.''

Her family had a life sentence and Folimatama's four years in prison did not account for their pain, she said.

"I can't trust what is written in the parole board decision. He just put on the best show.

"It's so frustrating that people listen to it and you know damn well it's not true.''

The parole board granted parole with 10 conditions including an order to undertake counselling, to stay in the North Island, not to associate with his victim, a drug and alcohol prohibition, a daily curfew and to inform his probation officer when he begins any intimate relationship.

His conditions would remain in place until his statutory release date of November 2, 2017.