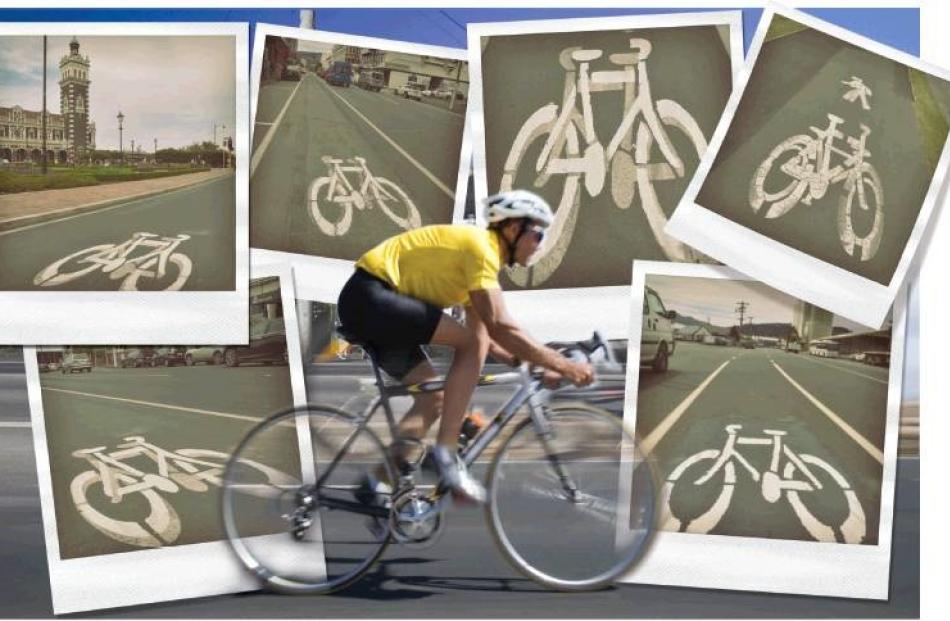 The Dunedin City Council has ordered its contractor to fix botched new cycleway symbols panned by critics as resembling "a primary school project''.

Council infrastructure and networks general manager Ruth Stokes said yesterday she was "pretty appalled'' by the quality of the recent work by the council's contractor, Downer.

"On first glance, you could be forgiven for thinking it was an amateur with a homemade stencil and some fence paint ... We're trying to improve the look of the city, not deteriorate it,'' she said.

The new larger cycleway symbols began appearing as Downer carried out regular re-marking as part of a broader council contract.

Complaints emerged on Monday after some symbols were painted over the top of existing ones, resulting in a confused double image.

The contractors were supposed to use grey paint to cover each older, fading symbol, then a stencil to add each new one, to leave clear images along cycling routes, Mrs Stokes said.

Instead, one of Downer's crews had forgotten their grey paint, and continued the work anyway, she said.

The problems appeared to be worst in Fryatt St, but had "anecdotally'' occurred in other parts of the city, she said. Downer's senior management had sent crews to fix the problems on Monday night, but some repairs were not up to scratch, so crews were expected to be out again last night, she said.

Public criticism was swift online, as pictures and messages posted on Facebook compared the "shabby workmanship'' to "a primary school project''.

Downer lower South Island area manager Anthony van de Water, contacted yesterday, conceded staff had made "operational errors'', which would be fixed at the company's expense. He was not aware of problems outside Fryatt St, could not say what repairs would cost or whether staff would face any action.

Mrs Stokes said the mistakes were "unfortunate'' as the company otherwise did "a really good job for the city''.

The repairs were being carried out at no cost to council, as a condition of the contract with Downer, she stressed.

Despite that, it was "incredibly frustrating'' for the council, which has faced public criticism for a series of cycleway setbacks.

"It's not a great look for the city and, quite understandably, irrespective of whose delivering the work on behalf of the council, it's ultimately our responsibility,'' Mrs Stokes said.

Council infrastructure services committee chairwoman Cr Kate Wilson was also "disappointed'' by the work, but defended the council's role, saying the mistakes were a road-marking issue, not a cycleways one.

"I think it comes back, in this case, to the contractor.''