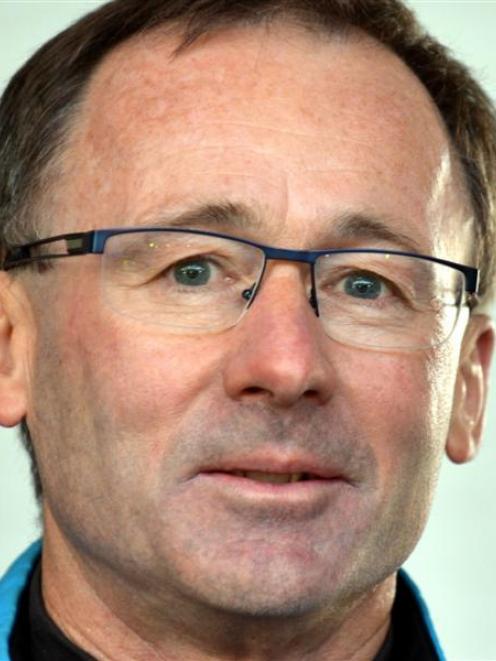 Russell Lund.
The future of one of Dunedin's - and possibly New Zealand's - most significant historic warehouses is in the hands of three city councillors following a final attempt to persuade them they should allow it to be turned into apartments.

City planners, however, remain unconvinced about Russell Lund's plans to convert the former Loan and Mercantile Building in Thomas Burns St, which sits on the edge of an industrial area and in a port zone.

At a reconvened hearing this week on the application, Mr Lund used his right of reply to take apart earlier objections from nearby industrial businesses.

He particularly focused on the evidence of steel fabricator Esco, which said it might have to close if it was forced to comply with creeping compliance costs related to neighbouring residential activity.

Residents had lived in the area for years without any recorded complaints to any council so far.

''They saw this application as opening a door to future problems for them. The door was already open, and thus [Esco's lawyer's] position is flawed.''

He said Esco had upgraded its plant to comply with a 35-year air discharge permit, so there was no concern about it not meeting emissions standards, and its operation was all within concrete walls, ''the best sound barrier of all''.

In its own publicity, Esco said there was no one factor that led it to close its Brisbane factory, which Esco had told the hearing was related to residential activity moving into its area.

It also intimated to the committee closure of part of its Portland operation was in part due to compliance costs and reverse sensitivity issues from residential activity, when an Esco boss told a business journal it was because the line was producing older parts and fewer orders were coming in.

It seemed it was more likely opposing residential activity nearby was a policy than a real concern, Mr Lund told the hearing committee, of Crs Andrew Noone, David Benson-Pope and Lee Vandervis.

''The bottom line is that Esco will operate this small Dunedin foundry only as long as it serves their shareholders' interests.

"If the market conditions dictate consolidation ... and it is surplus to requirements then they will act swiftly, as they did in Brisbane.''

It was important the noisiest activities in the area, Port Otago and Kiwirail, were happy with his plans to address reverse sensitivity issues around noise, including insulation and mechanical ventilation of the warehouse building.

The building had been through every possible use it could have.

''When a building is no longer suitable to store the bumpers and fenders of wrecked cars, it can fall no further,'' Mr Lund said.

The reality in Dunedin was commercial tenants were hard to come by and the residential conversion was the only viable alternative.

A precedent would not be set whereby other historic buildings in the area could follow suit and be converted, a prospect which worried the Chamber of Commerce, Kaan's Catering and Farra Engineering, because the warehouse was on the outer edge of the area and deemed by the council to be in a unique position.

That also ruled out concerns about rising rents forcing out industrial businesses.

Also, the Resource Management Act and district plan both provided for the protection of historic heritage buildings and because it was clear the Loan and Mercantile Building was of national importance, consent should be approved on those grounds alone, he said.

City planner Darryl Sycamore told the committee there was no doubt everyone wanted to see the building restored and used, but the application was not about what was ''undeniably a special building in the city's history''.

It was about whether apartments could be introduced into a Port 2 zone and managed in a way that protected industry's long-term economic interests.

The committee had heard a lot of evidence, ''some of it relevant and some that is merely noise'', he said, and he was not persuaded some of the key issues of concern, such as emissions affecting the apartments, had been sufficiently mitigated.

''In my opinion, the surety to industry in a strategic port area must be maintained and the risk in introducing activity to the area is simply too high.''

The committee adjourned to consider its decision.