By Andrew Marshall
0 Comments
A Dunedin church will be leading the charge as churches and bell towers around the world mark the 200th birthday of an invention that revolutionised bellringing.

St Matthew’s Church is one of five in New Zealand that will let its bells ring out in celebration of the Ellacombe chiming apparatus, which allowed bells to be played by a single person instead of a team of bell ringers.

Appealing performances will then spread across the globe, as more than 120 churches and bell towers across four continents put on performances over the following 17 hours.

In Dunedin, the bells will be in action between noon and 12.30pm on Saturday afternoon. 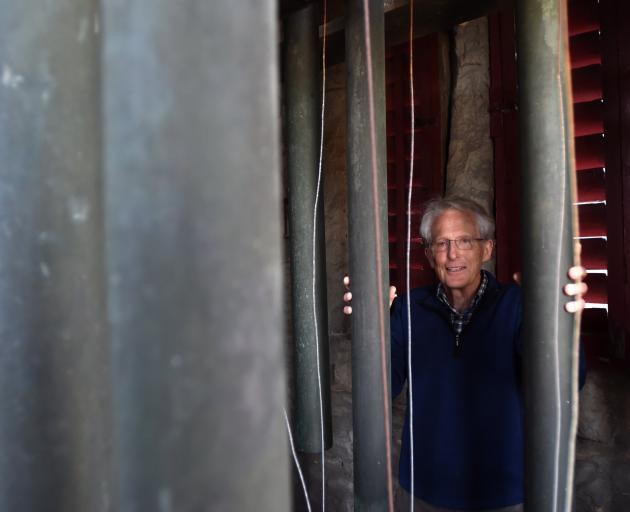 The St Matthew’s bells, which were installed 115 years ago, were the only set of tubular bells in the city.

The apparatus being remembered was invented in 1821 by the Rev Henry Thomas Ellacombe, after he was appointed curate of St Mary’s Church in Bitton, UK.

Appalled by the church’s bell-ringing team and its proclivity for drunkenness, brawling and absences from church services, Mr Ellacombe devised his system which involves a wooden frame housing bell ropes.

The bell ropes were attached to a set of hammers that would strike the bells when the ropes were pulled.

It had taken Mr Ellacombe several years to get a copy of the keys to the bell chamber, which were jealously guarded by the recalcitrant bell-ringers. He eventually drafted a 29-clause set of rules to whip them into shape.

Dr Faed said St Matthew’s, on the corner of Hope and Stafford Sts, would be open for visitors who wished to listen to the performance on Saturday.

"The sun will be shining at 12 o’clock, so we should have the (stained glass) windows beautifully lit up."

There were also plans for the performance to be streamed online.