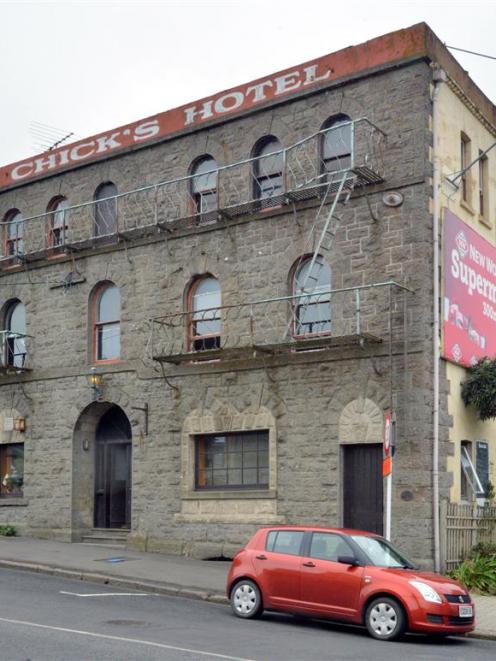 Chick's Hotel operator Mike McLeod, who took over the bar with a group of Dunedin musicians in 2012, said today on Facebook a decision had been made to close the Port Chalmers bar early next year, possibly the end of March.

In the post Mr McLeod said running the bar had been ''a lot of fun, and also insanely stressful and difficult at times''.

''I feel like I've aged about 10 years over the 3 and a half wondering if we can juggle the money to pay the bills each month.

''We've bought tonnes of great shows down here, risking (and often losing) money in the process of doing so.

''It's been a complete cultural success, and we've loved providing a great venue for the community,'' he said in the post.

The group hoped to remain in the building and turn it into a studio.

It was open to ''ridiculously over-priced offers to buy the business'', but would ''probably say no to most of them'' as the business was only viable as a ''work-your-ass-off owner/operator venture''.

The decision comes after the venue had attracted some of the biggest names in alternative music in recent years, while also playing host to local bands.

In March four international acts played at the venue, including Stephen Malkmus and the Jicks - with Malkmus is best known as the lead singer and guitarist of United States indie rock band Pavement.