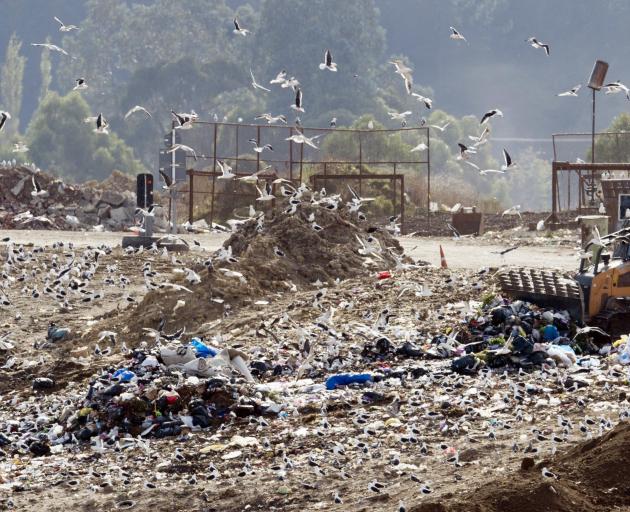 The Green Island Landfill teems with black-backed gulls last week. There are concerns some of the roughly 3000 gulls at Green Island could end up at the proposed Smooth Hill landfill site (below), creating a safety risk for flights at nearby Dunedin Airport, when Green Island is closed. Photo: Gerard O'Brien
Proposed conditions for keeping bird numbers down at Smooth Hill could present a huge risk to the landfill planned for the site south of Dunedin, an environmental consultant says.

Due to the proposed site’s proximity to Dunedin Airport, about 4.5km away, draft consent conditions for the Dunedin City Council application call for numbers of some species to be kept to zero on site daily.

The potential for the landfill to attract birds and create safety issues at the airport was a major factor when a regional council consultant last month recommended the city council’s landfill application be refused. 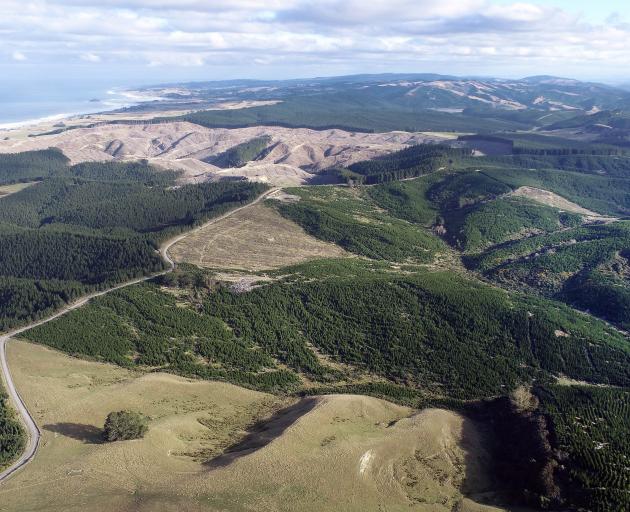 And landfill operations could not simply stop and restart, he said.

"There’s a whole raft of difficulties.

"These are things that need to be operating without interruption.

"And it’s just like any other piece of urban infrastructure — when it stops working it has a chain reaction effect through all sorts of things.

"Having waste mount up in facilities that are designed to handle daily throughput would become difficult to manage rapidly," he said.

The Smooth Hill site is home to up to 14 native and eight exotic bird species.

The regional council’s draft consent condition requires bird species 50gm or more to be kept to zero, which would include birds the size of a starling and above.

However, male black-backed gulls weigh more than 1kg and females about 850g, and the gulls are considered the species most attracted to organic waste in landfills.

When asked whether the draft condition of "zero" was realistically achievable or potentially disruptive to landfill operations, a city council spokesman said because the consent application was in a statutory process, the council was unable to comment. 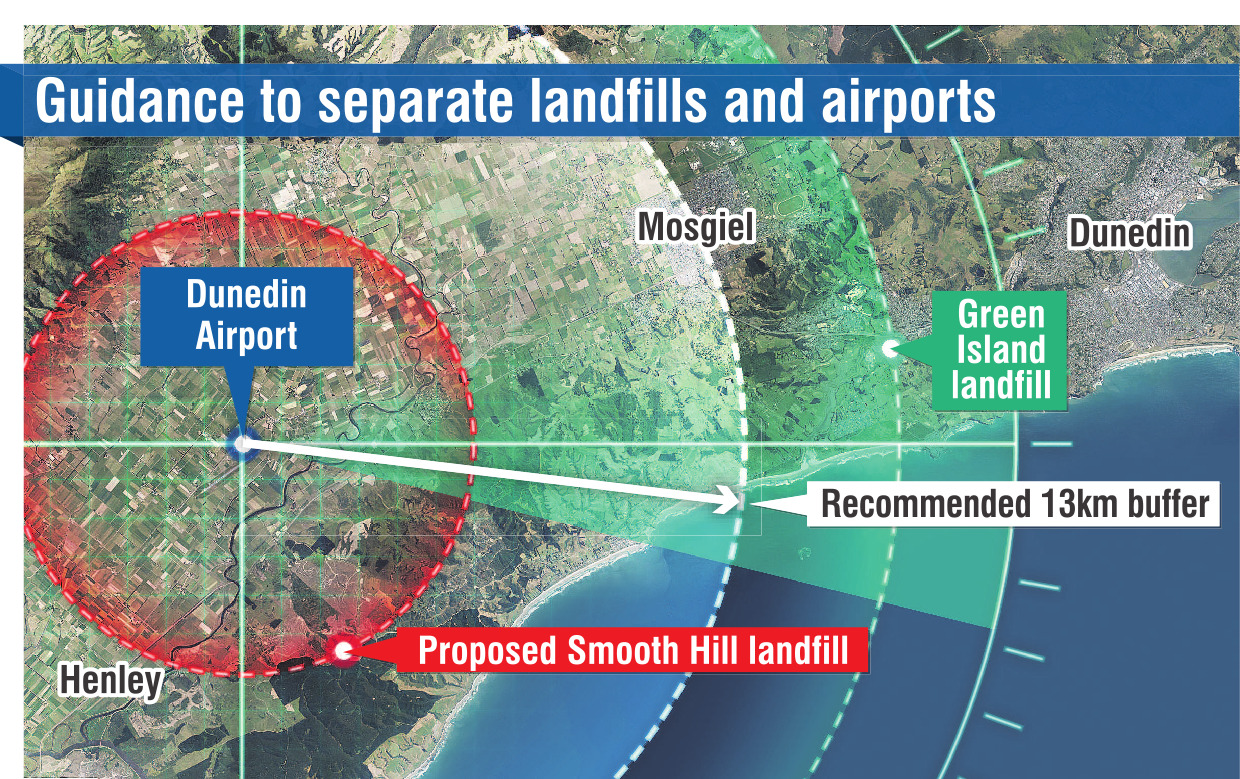 However, the council’s application does address a range of management plans for birds to mitigate the risk of bird strike at the airport, including hiring a "bird control officer" and reducing organic waste from entering the landfill.

It said the landfill would employ staff or contractors to disperse birds from the tip face during daylight operating hours until an end-of-day cover was applied.

If they did not work, shooting and poisoning would be next.

Further, the application noted at least 3000 black-backed gulls fed at the Green Island Landfill, which is proposed for closure in the next few years.

These birds would seek an alternative food source when the Green Island Landfill closed and could be attracted to Smooth Hill if food was readily available and accessible, the application said.

Public hearings about whether the proposed landfill should be granted consent are to be held in about two weeks.

Aviation safety is not the only concern.

The city council’s application was publicly notified in September last year. A total of 283 submissions were received: two in support, nine neutral and the rest opposed. 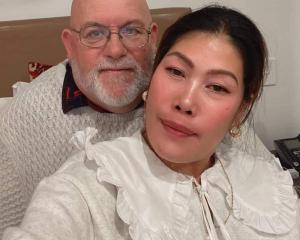 What a shambles from DCC. How disengenuous by council to say they can't comment, they arnt on trial. This consent was pushed by council's top brass, lodged just days before new rules on wetlands applied and will end in another waste of ratepayer money putting ideology before logic. And let's not mention the greenhouse emissions driving 2tkm each way and councils hypocritical climate emergency declaration. Dcc's management need to be held to account for this shambles.

So who is keeping sparrows from the backyards of Allanton houses? I distinctly remember seeing birds hopping around the airport car park last time I was there. So obviously all houses within 13.5 km need to be bulldozed and giant nets need be placed around the airport.

This is just a stupid scare campaign to stop the new tip. More NIMBies in action desperate to move the tip anywhere away from their homes.

This is fairly typical. Who would have thought tips would attract large birds and that large birds are a danger to aircraft. Ignoring the problem doesn't seem a good idea. Not planning for it in the first place is just plain incompetent. BTW sparrows are a tad smaller than black backed gulls, just ask Uncle Google!