Birds at risk of local extinction 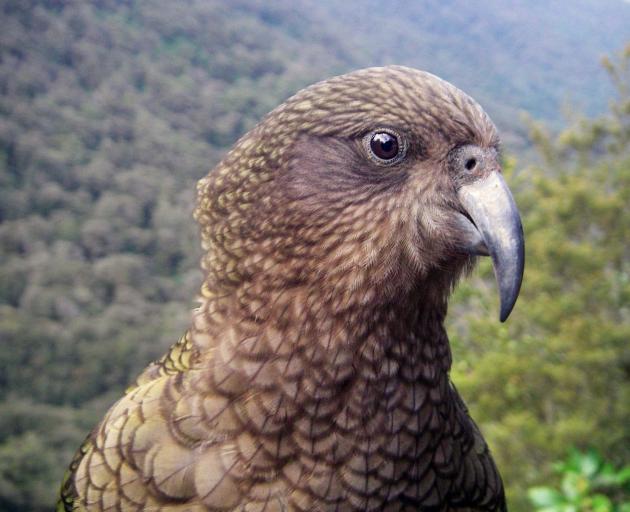 Kea are one of the bird species threatened by increasing predator numbers as a result of the mast year. PHOTO: STEPHEN JAQUIERY
Native birds in beech forests in Otago could face local extinction in some valleys without aerial control, the Department of Conservation says.

Mast years occur every two to four years, when trees produce high amounts of seed that drop to the ground.

This is the biggest beech mast in four decades, and populations of rats, mice and stoats are expected to increase due to the abundance of food.

"If we do nothing, predators [rodents and stoats] will build unchecked and remain at high levels through to next winter and we could face local extinctions of some native species in areas."

In Otago, mohua or yellowhead, blue duck, kea and bats were examples of hole-nesting species that were at risk from rats and stoats.

Sometimes a population might appear healthy but, due to ongoing predation in the area, it was actually skewed in favour of males.

In a mast event, the "whole thing could tip over" as predators targeted female birds sitting on nests, he said.

In 2000, mohua became extinct in the Mt Stokes area.

Mr Bishop said five priority sites had been identified for Otago - Makarora, Matukituki, Dart-Caples, the Blue Mountains and the Catlins.

"All of these sites are home to populations of critically threatened species such as mohua," he said.

The percentage of rodent footprints found in tracking tunnels provided Doc with a measure of abundance of rats in the area.

In Makaroa, at the head of Lake Wanaka, rat numbers in tracking tunnels were more than 40% already in mohua (yellowhead) habitat and projected to reach a level of 90% by summer.

Mr Bishop said in a normal, non-mast year, rat tracking in South Island beech forest was much lower, between 0% and 3%.

"In the Dart-Caples areas [near Lake Wakatipu], rats are increasing rapidly and are now reaching levels damaging to mohua populations.

"In the Catlins, we are just starting to see rodent numbers climbing - our August tracking results will give us a much clearer picture."

Predator Free Dunedin's Sanjay Thakur said rodent tracking around Dunedin itself had not been analysed yet, but he was not expecting much of an increase in a more urban environment.