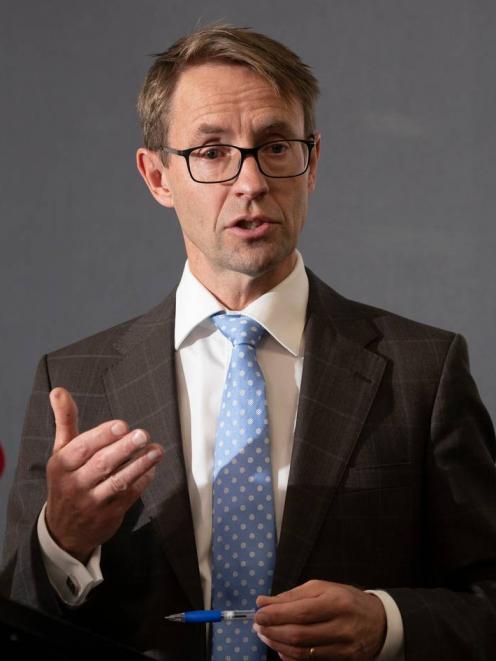 Earlier this year the SDHB’s radiation oncology waiting list hit a record high of 157 people, and other diagnostic and treatment wait times were being regularly breached.

The SDHB has since outsourced up to 200 breast and prostate cancer treatments to St George’s Hospital in Christchurch, and the SDHB is also considering sending some cancer patients to Wellington.

The SDHB now reports weekly to the Cancer Control Agency on its progress, and Dr Bloomfield said during a visit to Dunedin on Friday that he, too, was receiving those updates.

"At our last meeting she told me that had made a difference and that things were improving," he said.

"I know the team here is very focused on making sure people get timely treatment. That is very important and I have no doubt about the level of their commitment."

Dr Bloomfield acknowledged that the SDHB, in common with all other health boards, was battling to recruit specialist staff such as oncologists.

"The global uncertainty and the difficulty in getting to New Zealand just poses another challenge, but it has also shown us the value of a cancer control agency which can look right across the system and say well, if there is capacity in Christchurch then let’s use that capacity.

"The important thing is that we keep doing all that we can to get people timely treatment and I do know that clinicians here will be regularly reviewing people’s immediate needs and prioritising those who need treatment first and doing their utmost that people do not suffer any harm due to an additional wait."

Southland Charity Hospital trustee Melissa Vining said many families had been placed under additional stress by their loved ones having to leave home for treatment.

"It is a huge emotional toll and people and their families, it is not the solution although it is better than not getting treatment at all, obviously," she said.

Southerners were still not getting timely access to first specialist appointments for cancer treatment, which was unacceptable, given cancer was the biggest killer of New Zealanders, Ms Vining said.

"It is all very well them saying that they are aware of it, but they need to take immediate action to address it."