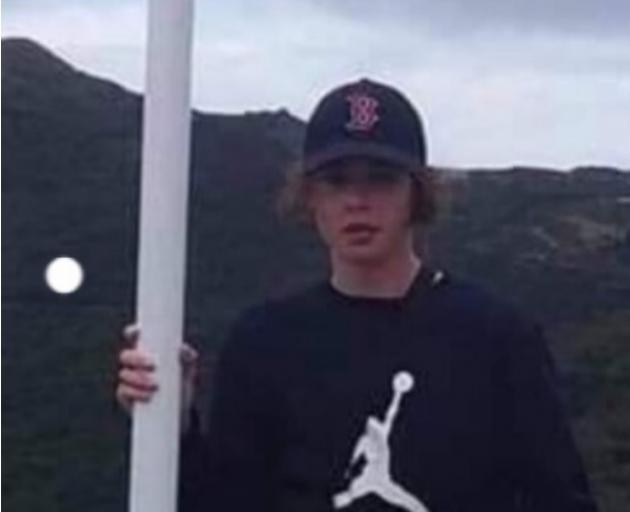 Vinnie Beecroft. Photo: Supplied by family
The search for Vinnie Beecroft ended yesterday when his body was found near where he went missing nearly three days earlier.

The 14-year-old Dunedin teenager jumped into the water from a cliff at Second Beach on Thursday and did not return to shore. About 11am yesterday, a body was found in the area.

A spokeswoman for Vinnie’s family asked for privacy and expressed the family’s gratitude for those who helped to bring closure to the family.

"Very special thoughts and thanks go to the young boys who were there with Vinnie at the time," relative Kathy Peters said.

"Their efforts were truly brave and heroic in their bid to help Vinnie when he got into difficulty at Seconds Cliff on Thursday afternoon.

"The boys had spent the afternoon having fun in and around the water, enjoying the day, when tragedy struck.

"Unfortunately, Vinnie’s immediate family have endured a number of tragic events over the years and are trying to cope with the current situation as best they can."

Otago CoastalSAR co-ordinator Sergeant Nathan White, of Dunedin, said formal identification would take place and the death would be referred to the coroner.

"While this is not the outcome anyone wanted from the search, our team are relieved they have been able to return Vinnie to his family."

It was a significant search: 25 surf life-savers spent a combined 650 hours to return Vinnie to his family.

"It was really good that we could get a result for the family and it was good for the guys that were searching as well that they could have some closure themselves. They’ve been having some seriously hard, tough days on the water," Mr Corboy said.

"The guys have put in some seriously hard work — beyond belief. We can’t express our gratitude enough to the guys that have been working tirelessly in the water to do this."

The search began at 4.30pm on Thursday — an Otago Regional Rescue Helicopter, police, including the police dive squad, Surf Life Saving New Zealand, LandSAR and MarineSAR were all involved.

While the search effort was under way Te Runanga o Otakou placed a three-day rahui, or temporary closure, on the coast from Black Head to Tow Rock.

Te Runanga o Otakou’s Rachel Wesley said Otakou representatives performed a karakia at the beach yesterday to "clear the beach" from tapu elements and recreational activities were permitted from today. Restrictions on gathering seafood will remain until Wednesday.