Bringing 'The Cook' back to life 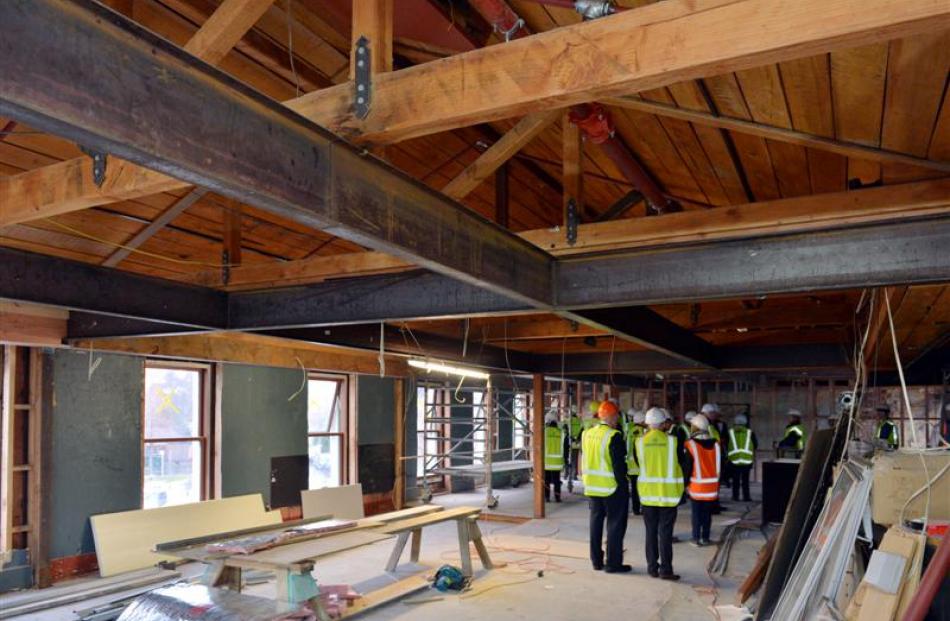 Heritage industry members yesterday look through the Captain Cook Tavern, which is being refurbished. They stand under steel beams for the ceiling of the upper floor nightclub area. Photos by Gerard O'Brien. 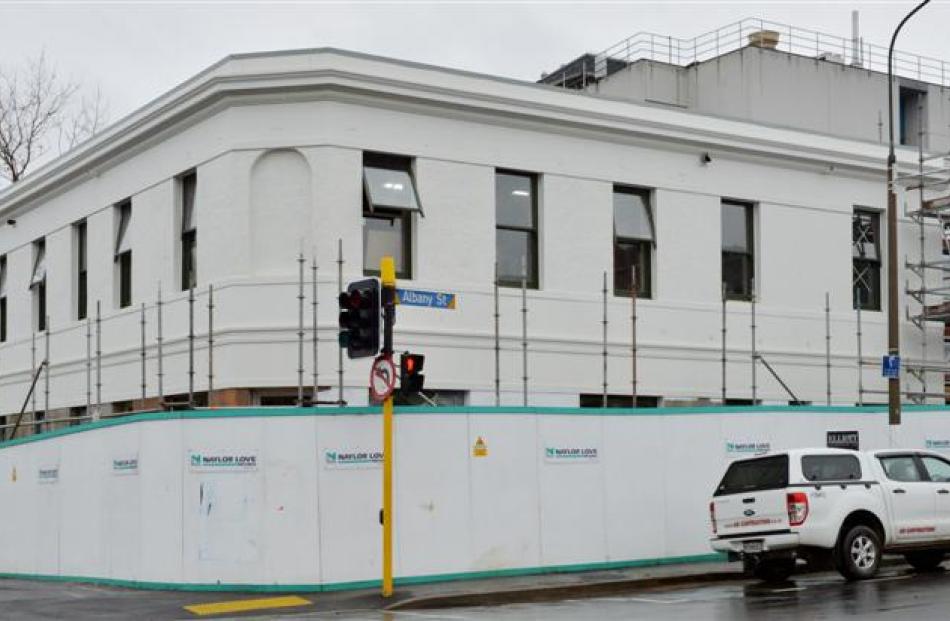 The building's exterior, which has had a colour change. 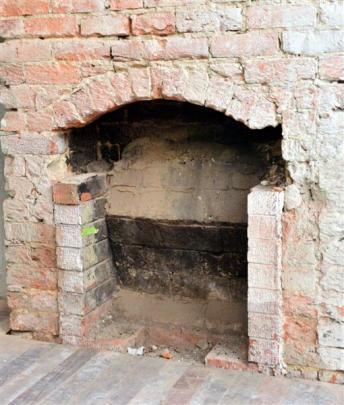 An old fireplace uncovered in the former corner bar.

Patrons will be able to toast the reopening of Dunedin's historic Captain Cook Tavern by Christmas, the project's architect says.

The venue, a popular jaunt for Dunedin's student population, was founded in 1860 but closed in June last year.

Since then, owner Orari Street Properties Investments Ltd has been working on plans to reopen the venue.

Architect Ed Elliott, of Queenstown company Elliott Architects Ltd, said a large emphasis of the refurbishment was placed on preserving the building's character when design plans were drawn up.

''It's been about taking it back to its core elements.

''We've highlighted the features and got a good connection back to the urban spaces.''

That connection would be achieved through a series of large windows looking out to Great King and Albany Sts and an outside courtyard which would connect with the downstairs bar.

An outdoor breakfast area was also being considered outside the building, on Great King St, Mr Elliott said.

The upper floor of the building would serve as a nightclub, while the lower floor would house a corner ''restaurant come bar'' and a Japanese sushi bar. All three elements would operate as separate areas.

The lower level would be serviced by a traditional corner entry and have a horseshoe bar between two fireplaces, he said.

Yesterday's tour offered a glimpse into both the past and the future of the historic venue.

It was very much in a state of repair, with most rooms stripped to their frames, but was beginning to take shape.

It is now at 70% seismic strengthening. Work was being done to install new metal roofing, strengthen the floor and install a sprinkler system.

The previous roof ''leaked like a sieve'', Mr Elliott said.

The project would cost $1.5million and some areas were expected to be completed before the corner bar was opened to the public a week before Christmas.

The Dunedin City Council gave $10,000 to the project, which would go towards heritage items such as external lighting and fireplaces.

Mr Elliott said the council's attitude towards revitalisation in Dunedin recently was commendable.

''There is a big push for it at the moment, and it's something that's working much better than in other cities.''