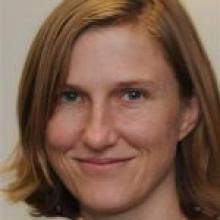 Michelle Hayward
There are calls for greater co-operation between the Dunedin City Council and Otago Regional Council to help prepare for climate change in the South.

The body should include representation from the DCC and ORC, together with other local authorities, such as Waitaki and Clutha District Councils, she said.

The aim would be to promote co-operation between councils planning for climate change in Dunedin and Otago, she said.

The projections were derived from the Intergovernmental Panel on Climate Change's fourth assessment report in 2007, together with more recent work including that by University of Otago Emeritus Professor of Geography Blair Fitzharris.

If the updated projections were correct, Dunedin would see more extreme weather, a 2.5degC increase in mean temperature, and an increase in sea levels of between 0.8m and 1.6m, by 2090.

Ms Hayward said those projections would be used by the city council in future, for example when planning new roads and other long-life projects, to avoid the higher costs of remedying problems later.

However, she believed greater regional co-operation was needed to aid planning, beginning with a new regional body.

"We're kind of working on our own at the moment . . . That needs to change if we really want to start making some progress in this area.

"You can't sort of separate Dunedin from the rest of the region," she said.

Ms Hayward was part-way through a study of South Dunedin climate change vulnerabilities, and one of the recommendations that would follow would be the establishment of a new regional body, she said.

That included work on tsunami and storm surges, temperature and rainfall variability, studying long-term data and research. A major report on Taieri Plain natural hazards would be completed next year.

However, ORC staff were now beginning to discuss a new strategy for climate change and the risks and vulnerabilities caused by current climate variation, he said.

A draft strategy would be considered at next year's ORC long-term plan and incorporated into 10-year planning, he said.

That would lead to work with local authorities, including the DCC, to adapt district plans and prepare a joint strategy for natural hazards including climate change, he said.

The regional council already provided information to the city council where possible, and discussions had occurred in the past at chief executive, mayor and chairman level, he said.

That had in the past included talk of a new regional body, which had come to nothing, he said.

"There's no harm in discussing various issues [again]. There's always going to be an issue in terms of the cost and who does the work."

She also believed councils needed more help from central government. Some advice available from the Ministry for the Environment appeared "a little bit out of date".

For example, advice released in 2008 and used by councils projected a sea level rise of 0.8m by 2100, but more recent studies were forecasting a rise of 1.5m, she said.

The DCC had already commissioned a study by Prof Fitzharris, resulting in last year's recommendations to plan for sea level rise of up to 1.6m, along with a host of other effects, by 2090.

The ministry was awaiting the release of the IPCC fifth assessment report in 2014 before updating its advice further, she said.