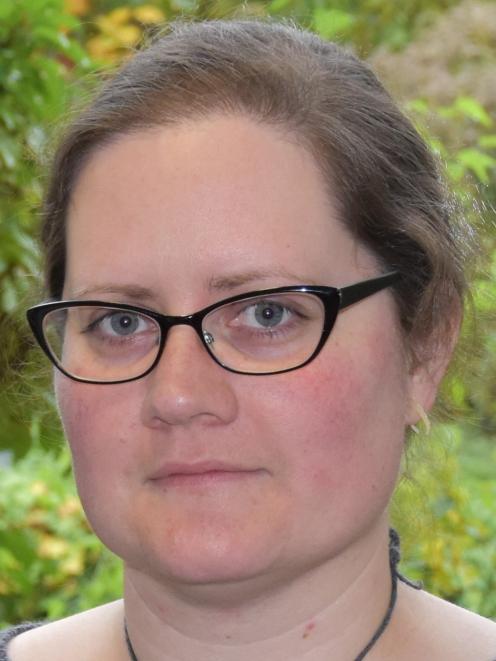 Monica Tromp
Dunedin researchers have used 3000-year-old teeth to solve an ancient banana mystery linked to the last part of the planet to be settled by humans.

A discovery by University of Otago scientist Monica Tromp has provided the earliest evidence of humans transporting the banana to Vanuatu, and later cultivating it there, about 3000 years ago.

In an article published this week in Nature Human Behaviour, she reported finding microscopic particles of banana and other plants trapped in the calcified dental plaque of Vanuatu’s first settlers.

"One of the big advantages of studying calcified plaque, or dental calculus, is that you can find out a lot about otherwise invisible parts of peoples lives."

"Plaque calcifies very quickly and can trap just about anything you put inside of your mouth — much like the infamous Jurassic Park mosquito in amber," she said.

She used a microscope to look for microparticles in the plaque, scraped from the teeth of 32 skeletons.

Dr Tromp is senior laboratory analyst at the university’s Southern Pacific Archaeological Research (SPAR), and the finds come from 3000-year-old skeletons at the Teouma site on Vanuatu’s Efate Island.

Teouma is the oldest archaeological cemetery in Remote Oceania, a region which comprises Vanuatu and many other islands, including Hawaii and New Zealand.

At Teouma, lime-rich graves have preserved the plaque and archaeological materials often destroyed elsewhere by hot and humid climates.

There has been debate about how the earliest settlers from the Lapita cultural complex survived on Vanuatu, and it was believed plants and animals were brought with them on canoes.

However, Dr Tromp’s study — part of her PhD research through the university’s anatomy department — was the first to find direct evidence of these plants at Teouma.

Among the article’s co-authors were Profs Elizabeth Matisoo-Smith and Hallie Buckley, and Dr Rebecca Kinaston, also of the department.