By John Gibb
0 Comments
More than 100 University of Otago law students and staff burst into prolonged applause yesterday after Prof Paul Roth gave his last lecture in a 30-year career at Otago. 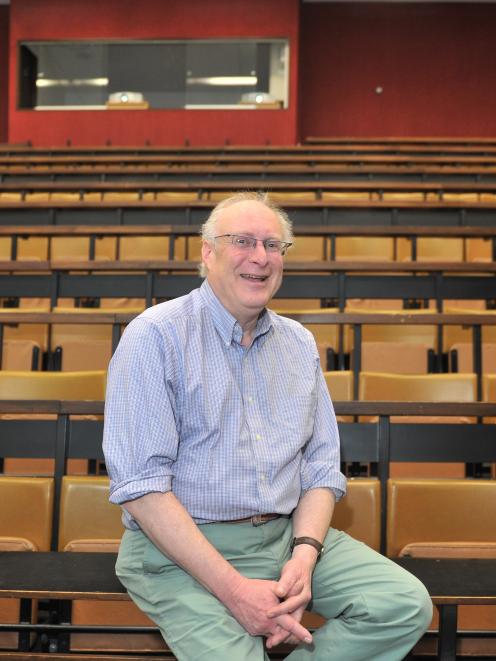 The Society of Otago University Law Students president Teddy Rose said Prof Roth was respected not only for his extensive legal knowledge, but also for his sense of humour and support for students.

Prof Roth said he had greatly enjoyed his work at Otago, having joined the staff in 1988, and becoming a professor in 2005.

He felt "bittersweet" about leaving, but was not formally retiring until next April, and would continue some research projects.

He planned to shift to Wellington, and to undertake some more travel, including to Italy, to strengthen his knowledge of Italian.

He applauded a growing focus, in Otago legal education, on encouraging dispute resolution, and praised the merits of a good agreement between parties, rather than simply taking legal action.

Some civil court cases could go on for many months or longer, with painful consequences.

It was good to receive sound legal advice, but in some situations, it was even better to "walk away" and avoid costly legal action.

"People need to get on with their lives," he added.

Prof Roth has a PhD in ancient Greek philology, and lectured in classics, Greek and Latin at several universities in the United States, before emigrating to New Zealand.

Students applaud his work.
He then gained an Otago law degree and started teaching at Otago.

He had also practised law on the side, initially as a specialist labour law advocate, then as a barrister.

He had appeared in the Employment Court, High Court, and Court of Appeal, and had long worked at the Dunedin Community Law Centre.

He had also undertaken work for the International Labour Office, within the United Nations, and the European Union.

He has written about privacy law and practice, and access to information, has also researched employment law and data protection law, and has taught labour law and international human rights law.