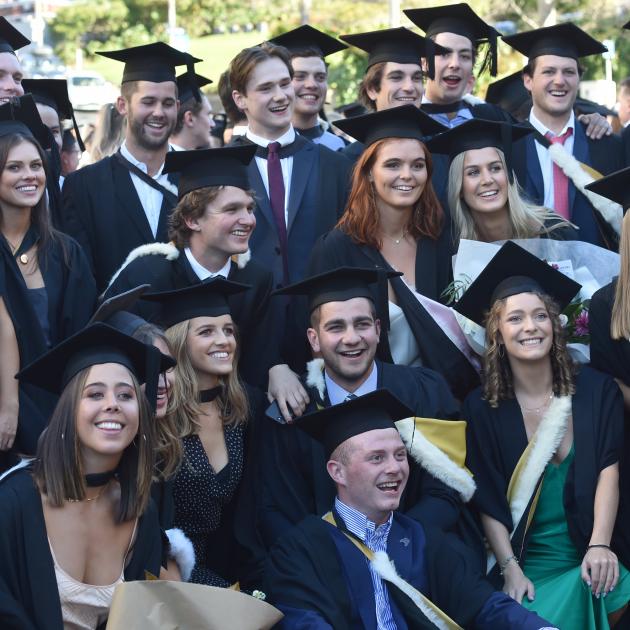 Ms Williams told graduates that whatever "unforeseen trajectories" their lives took, she hoped "you will remain curious, simply seeking to know what is there".

"Or rather, what is here.

"For knowing this place - its land, its people, its past - is critical to understanding our future here in these South Pacific islands, here in the world."

She was commenting in an address to about 260 graduates in arts, humanities and applied science at a 1pm ceremony at the Dunedin Town Hall.

"The future looks fearful, alarming to us all. 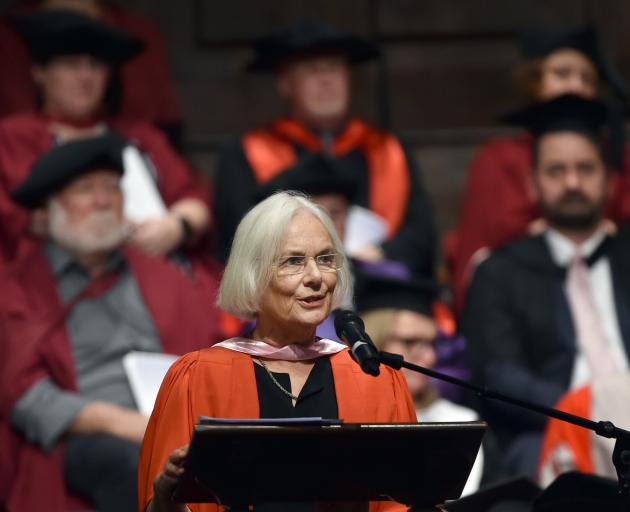 Guest speaker Bridget Williams speaks during the 1pm graduation ceremony at the Dunedin Town Hall
"But two decades into this century I now hear many voices that are not only urgent but also curious, serious, imaginative, adventurous."

There were young voices everywhere, "speaking powerfully about a future that they are concerned to have and determined to make".

She was nevertheless "very hopeful" for the future.

David Olusoga, writing in the Guardian last week, had used the words "breaking the historical silence".

He had been suggesting the need for British universities to apply their usual rigour to "uncovering a past that was whitewashed", including the history of the slave trade.

Ms Williams said she was not a researcher or a writer, but had "worked alongside many scholars as some of this country's historical silences were broken".

This included "new but actually ancient women's history" bursting on to the page, some local narratives set forth and "the language of the deaf community", which "was made manifest in a magnificent dictionary".

She also reflected on her early career experiences in England, when she had worked as a research assistant for Prof Helen Gardner, working on editing The New Oxford Book of English Verse. 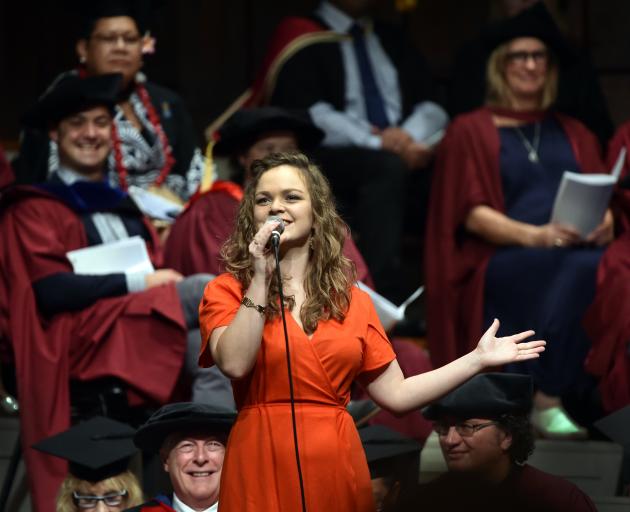 Vocalist Hannah Thompson-Holloway sings during the 1pm graduation ceremony.
She had returned to New Zealand in 1976 and had later found herself moved to stay in the country by "something to do with the land".

She had begun her "tentative explorations" of the Maori past, and had made "small steps in a search for the voices of this place".

As the books she had published were compiled, they were "welcomed in their geographical communities" - from Auckland to Dunedin, and from Te Arawa to Bluff.

In Otakou, she was pleased to reflect on Ngai Tahu connections to her publishing history, starting many years ago with Irihapeti Ramsden, a "wise activist and friend", and work by Otago and Ngai Tahu scholar Atholl Anderson.

Ms Williams and Justice Forrest Miller, both Otago graduates, were recognised for their work in their fields and their contributions to the university.

About 340 people graduated in person from the university at the second ceremony with qualifications in commerce and law.