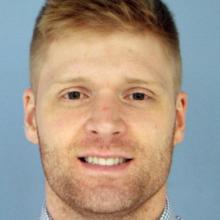 Rob Mane
Many people might feel out of their depth if they encountered someone with  facial injuries, but University of Otago graduate Rob Mane loves helping to make a life-changing difference for such patients.

Dr Mane already has an Otago bachelor of dental surgery degree (BDS), and today will graduate from the University of Otago in absentia with MBChB medical qualifications.

Dr  Mane is continuing his training towards becoming the University of Otago’s and New Zealand’s first Maori maxillofacial surgeon.

"It’s something I’m proud of," he said of his medical qualifications.

But he takes his growing academic success in his stride, and said his parents, John and Mary Mane, and other family members had helped keep him grounded.

"I really don’t think I’m anything special," he added.

Dr Mane, of Ngapuhi descent, says he is "grateful for the opportunities" and help he received at Otago University.

He is already working hard at Waikato Hospital as part of what he envisages will be six years of further training to become a maxillofacial surgeon.

After he had gained his BDS, he  found it was "an absolutely fantastic job" being a maxillofacial house surgeon working with facial injuries at Dunedin Hospital, as part of a team led by maxillofacial consultants.

"I do find it satisfying that we’re able to make a difference in acute facial injury because the face is what most of us look at in society and even a slight difference, such as a scar on the nose, may be quite disheartening.

"Few worry about a big scar on the arm but everyone worries about a small scar on the face."

Dr Mane said that having more Maori in the health field was "a step towards trying to reduce the health disparity within Maori compared to other populations".

He hoped this would result in an improvement in Maori and New Zealand health overall.

Dr Abbey Corbett, of Ngapuhi descent, is the country’s first Maori student to obtain a doctor of clinical dentistry degree in paediatric dentistry, and is "excited" to be graduating.