By Molly Houseman
0 Comments
There were many "jaws on the floor" as University of Otago students moved into the new music and performing arts centre in Dunedin.

The studio had been the star of the show and a new mixing desk, which arrived on Sunday, would allow for multi-channel audio recording.

Mr Stedman said each individual drum could be recorded separately, allowing for better opportunities in post-production. 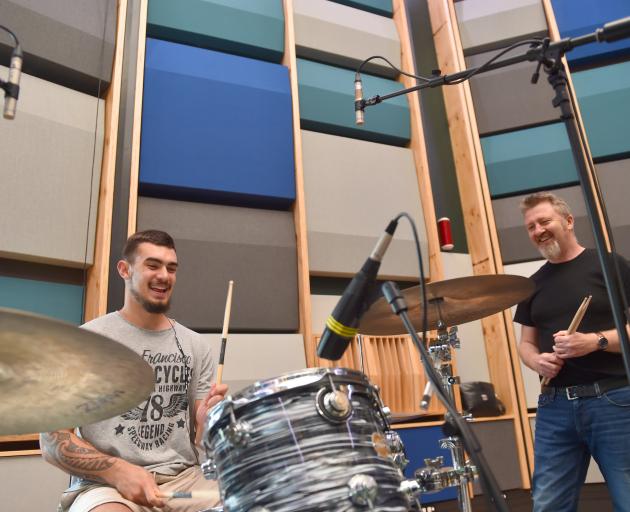 While the studio would be used predominantly for students’ education, it would also serve as a community resource.

Advanced drum student Jade Zaia was impressed with the acoustics in the studio.

He said in previous facilities, the sound had been "drowned out" when he played.

His teacher Carl Woodward agreed and said the studio was fantastic space to work in and a comfortable space for ensembles.

"There is new energy ... it is really exciting."

While music equipment was still being moved in, most of the rooms were able to be used and Music and Performing Arts head Anthony Ritchie said he expected it to be completed by the end of April.

"It has been a plan for so long so to see it become a reality, it is just wonderful," he said.