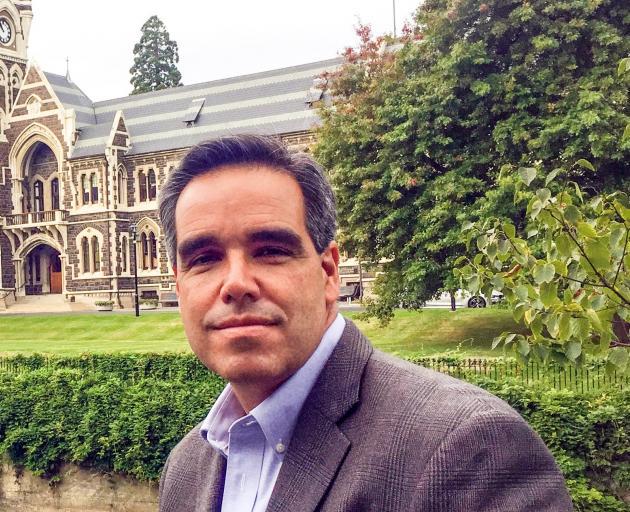 Prof Quinones-Mateu, of the University of Otago, yesterday also warned against complacency over future vaccine supplies.

New Zealand scientists could not afford to simply "wait on the sidelines" and expect overseas scientists and companies to do all the work and supply the vaccine in due course.

If New Zealanders did not take part in international scientific collaborations and undertake some of the related research and development work themselves, it was most unlikely we would gain adequate supplies of any new vaccine in the expected 12 to 18 months, he said.

"That's exactly the problem — we don't know if it's going to take longer than 12-18 months [to develop a vaccine].

"Once it's produced we're going to be in a long waiting list to to get it," he added.

"Why should New Zealand have to wait on the sidelines? We need to take the battle to the next level," he said.

"And it would be great for the country to be ready for the next outbreak, because another virus will come."

New Zealand had the scientific capability — including a rare PC3 high-security containment laboratory at the university's microbiology and immunology department — and the scientific skills to undertake vaccine development work.

Early research on Sars-CoV-2, the virus responsible for Covid-19, was already under way at the Otago laboratory.

Some work could be undertaken by Otago University and other New Zealand researchers in this country, and they could also work collaboratively with overseas colleagues, including in Australia, Canada and the United States.

If New Zealand researchers developed research links with an overseas group that successfully developed a vaccine, that would give New Zealand a much stronger claim to receive early vaccine supplies, and we might be able to undertake some vaccine manufacturing in this country.

Prof Quinones-Mateu is one of several leading New Zealand scientists who have urged the Government to support a national vaccine programme to counter Covid-19, and is cautiously optimistic support will be provided.

The Government had been doing a "great job", including through the national lockdown, and it was time to start securing the country's strategic position for the future by helping develop a new vaccine, Prof Quinones-Mateu said.

Prof Quinones-Mateu said many vaccines were being developed overseas, but he was concerned about the ability of overseas manufacturers to meet unprecedented global demand.

One big international drug company said it would take it a year to produce 400 million doses of any new vaccine, and countries such as the United States and groupings like the European Union would want to have their own requirements met before allowing export to other nations, such as New Zealand.