Pigeon study not just a flight of fancy 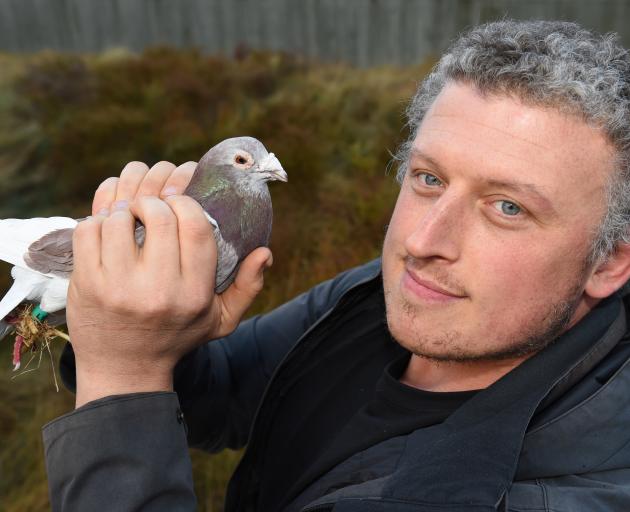 Damian Scarf has been given $50,000 to better study the cognitive abilities of pigeons. PHOTO: GREGOR RICHARDSON
Pigeons are by no means birdbrained and could be as smart as primates - and a new $50,000 grant will progress a research project into their faculties.

University of Otago department of psychology senior lecturer Damian Scarf has received the grant for a research project which would involve pigeons' cognitive abilities being tested in a free-range environment.

The 10 pigeons he works with live on the roof garden of the William James Building.

The new apparatus would be set up there and would essentially be a computer the pigeons interact with that will also feed them when they complete a task.

Numerical stimuli and pictures are examples of images that would be displayed.

The computer would have a touch screen the pigeons would peck.

"[The apparatus] effectively just looks like a platform that the birds stand on,'' Dr Scarf said.

"In one study we demonstrated that pigeons could learn abstract numerical rules and apply them in novel situations, tapping the evolutionary origins of our profound mathematical abilities,'' he said.

"In another, we investigated the origins of human word learning, and pigeons not only correctly identified novel words, but also displayed the hallmarks of orthographic [relating to spelling] processing''.

So far, researchers had managed to replicate experiments done using primates with pigeons.

Crows were usually considered to be the most intelligent bird, but they could easily manipulate objects with their beaks while pigeons could not.

The grant comes from the National Animal Ethics Advisory Committee and is the inaugural Aotearoa New Zealand 3Rs Research Award.