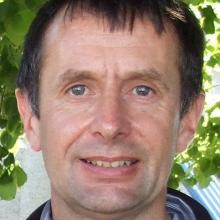 Dr Nixon, who is University of Otago associate dean rural and works at Dunstan Hospital in Clyde, makes the point in an article on the national "virtual campus proposal", recently published in the New Zealand Medical Journal.

The article’s co-authors include colleagues at Auckland University and AUT.

The proposed school was not a "separate education provider", or a bricks and mortar complex.

But this "enabling body" would use the expertise of the existing tertiary institutions, including Otago University, to undertake more teaching and research in rural communities, in partnership with local health services.

However, government support was needed, as had already happened in rural Australia.

The three universities had put forward the proposal to the Government in a bid to address a "persisting shortage" of rural health professionals.

The aim was to create an "inter-professional community" of rural health academics operating through teaching and research nodes in rural towns, and linked by modern IT systems.