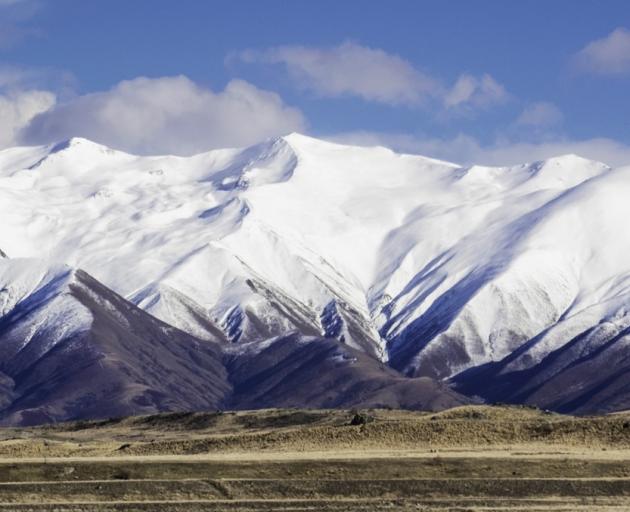 Photo: ODT files
An eight-strong group of mainly student trampers rescued in the Southern Alps at the weekend has been criticised for taking an unnecessary risk by proceeding with the tramp despite knowing adverse weather was forecast.

The eight trampers, forced to hunker down in blizzard conditions in the Southern Alps, knew the weather was expected to turn bad.

The group were rescued early on Saturday after heavy snow stopped them from reaching a North Otago hut.

Two female trampers, who had mild hypothermia and who had been treated earlier by their rescuers, apparently did not require hospital treatment.

Rescue co-ordination Centre New Zealand said an alert was received from a personal locator beacon at 9.45pm on Friday with a position near the Main Huxley Forks Hut, which is about 720m above sea level.

The beacon was registered to the University of Otago and had been hired to a group of eight staff and students who planned to reach the hut, a six-hour tramp 18km up the Huxley valley, on Friday, but could not reach it due to heavy snow in the area.

However, conditions that night were not safe for a helicopter response and a LandSAR team was assembled and sent in to the location of the beacon's signal about midnight.

They found the group at the Huxley River, about 1.5km from the hut, at 5.30am on Saturday.

John Ashby, from the Rescue co-ordination Centre, told RNZ the group had checked the weather forecast before setting out, so took an unnecessary risk.

"Last night a very brutal front came through and created a lot of snow and they would have been in blizzard conditions before they reached the hut."

Mr Ashby said the group assumed they would reach the hut and had no overnight gear.

Chris Henshaw, a search and rescue officer from RCCNZ, said the group did the right thing by carrying locator beacons.

"It allowed us to respond immediately and locate them quickly.

"This incident also acts as a reminder to thoroughly consider the weather report before heading off, as it appears that the amount of snow caught this group out."

University media spokeswoman Jo Galer said the group was carrying locator beacons and had activated them, but she acknowledged there had been some criticism that the group had proceeded despite the weather forecast.

She said she was not yet aware of all the details of what had happened.

The university hoped there would be an opportunity to talk over what had happened with the group.

"There will be a discussion at some stage with the group, about forecasting, just to see whether there are any learnings that can be gathered from that."

The Helicopter Line from Mt Cook picked up the LandSAR and tramping parties and by 8am all were safely returned to the car park they started out from.

RCCNZ worked with local police at Omarama to organise and prepare the LandSAR team before the team headed in.

Ms Galer said the trampers were a group of friends, including two staff from Unipol, and there was no connection with the Otago University Tramping Club.

The trampers had driven back to Dunedin from the Southern Alps as a group by car on Saturday.

Hope they are footing the bill, I don't see why we should pay for their stupidity in ignoring weather forecasting