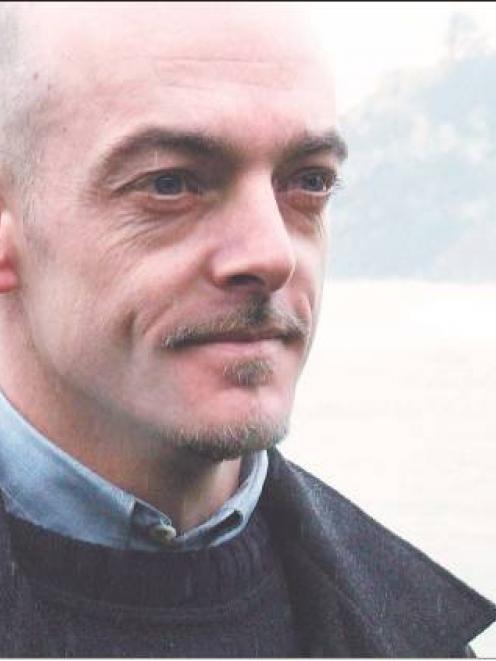 
Professor Paul Moon, of Auckland University of Technology, has been causing waves this month with his new book That Horrid Practice, which for the first time comprehensively documents the history of cannibalism in New Zealand.

The book has renewed questions about a significant Brighton archaeological site which contained human bones, but which the runanga decided not to excavate.

In response, Mr Potiki said the runanga was upfront about cannibalism and encouraged the gathering of knowledge.

‘‘We have never tried to conceal the fact that we're descendants of cannibals. There is plenty of documentary evidence in place names and sites of significant battles,'' Mr Potiki said.

Prof Moon, who has published several books including two best-selling titles on the Treaty of Waitangi, said he was motivated to research cannibalism because major New Zealand histories such as Michael King's did not mention the practice, it was reported last month.

‘‘It's the one part of New Zealand history that has been fenced off from any sort of scrutiny or analysis. My concern was that no-one has tackled it,'' he said.

Nine years ago, two articles in The Star reported the discovery of part of a human skeleton near a known archaeological site at an undisclosed location in Brighton (The Star: May 23 and 26, 1999).

The find, which included part of a pelvis, the top of a leg bone and part of a lower jaw, was made by amateur palaeontologist Darrin Wedlock.

The New Zealand Archaeological Association identified the site as having probably been continuously occupied by Maori for about 400 years up to the 18th century.

Mr Wedlock was told cannibalism was one of the most likely reasons for the human bones being found there, but at the time, The Star did not find anyone willing to discuss the subject.

The runanga decided the site was best ‘‘left alone''.

This week, Mr Wedlock said he thought the site should be excavated no matter what it revealed.

‘‘History is history. Whether it's good or bad, it shouldn't be covered over,'' he said.

‘‘I think it's sad that New Zealand history is being washed into the sea and not recorded.''

Prof Moon told The Star he had heard anecdotal evidence of sites elsewhere in New Zealand that were not explored because of the suggestion of cannibalism.

‘‘The issue needs to be exposed and explored to gain a full picture . . . [rather than] burying it and then presenting as a full picture something which manifestly is not.''

Mr Potiki rejected the suggestion the truth was being covered up.

‘‘I haven't seen any conspiracy of silence about cannibalism,'' he said.

‘‘It was a highly ritualised activity that was as prevalent in the south as it was elsewhere around the country.''

The last known act of cannibalism in the South Island was by an Otakou chief, at Akaroa, on Banks Peninsula, in 1839, he said.

But many people, especially older non-Maori, knew little of the pre-European history of the South Island, he said.

‘‘Ten generations ago, for example, there was a huge battle that spilled out of the Taieri Gorge and on to the Taieri Plains.

‘‘It was definitive in establishing settlement patterns in South Otago and Southland to this day.

‘‘From my experience, growing up near Karitane, there certainly wasn't much in the school curriculum about our local history. I don't know if that has changed.''

Southern cannibalism was one of the key drivers that led to the Treaty of Waitangi, Mr Potiki said.

Around 1829, North Island chief Te Rauparaha, with the aid of an English sailor, murdered and ate an Akaroa chief and many of his iwi.

Several Europeans witnessed the bodies being chopped up and put in baskets to be taken away.

People were so horrified that the report eventually reached the governor in Australia who wanted to prosecute the English sailor.

‘‘But they couldn't because they discovered British sovereignty had never been extended to New Zealand.''

Mr Potiki said Ngai Tahu had generally been ‘‘remarkably progressive'' in supporting local archaeology and in ‘‘wanting to learn from these sites''.

He was making inquiries into the circumstances surrounding the Brighton site.

Perhaps the runanga knew whose remains the site contained or wanted to discourage ‘‘curio hunters'', he said.