Centre for Life opens for business 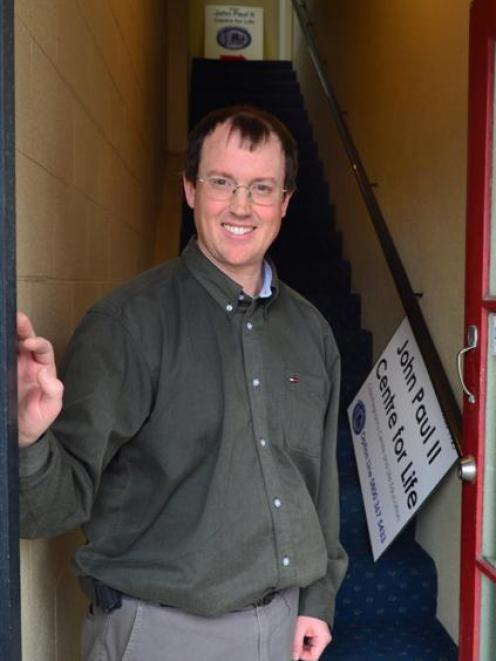 ''Abortion is extremely rare to be for a medical problem; it tends to be financial and social [problems] and that is where we come in.''

People calling the centres were speaking to volunteers in the North Island, he said.

Dunedin volunteer staff - of six ''core'' and several ''occasional'' - were being trained to answer calls, which were set to be switched to the new office in Filleul St.

The training was building volunteers' confidence to provide support to those who call.

''They might need someone to talk to - that's the majority of calls. Some need a lot of assistance. They have got financial problems and all sorts of issues.''

The centre had funds available to help pregnant women, he said.

The money was given by people who felt strongly about the cause and the centre had the freedom to determine where the money was spent.

''We don't have as much money as a government agency, but it doesn't have to fit into a neat category for a particular grant. We can say it is obvious this is what you need and we will give you a hand.''

More than 700 abortions performed in Dunedin annually highlighted the need for the centre, he said.

''If 1% of them decide that having somebody give them a hand makes a difference, then that is quite a few [people using the service]. If it is 10%, then we will be quite busy.''

The centre had provoked a positive reaction from people in Dunedin and many had offered to give baby clothes, Mr Fischer said.