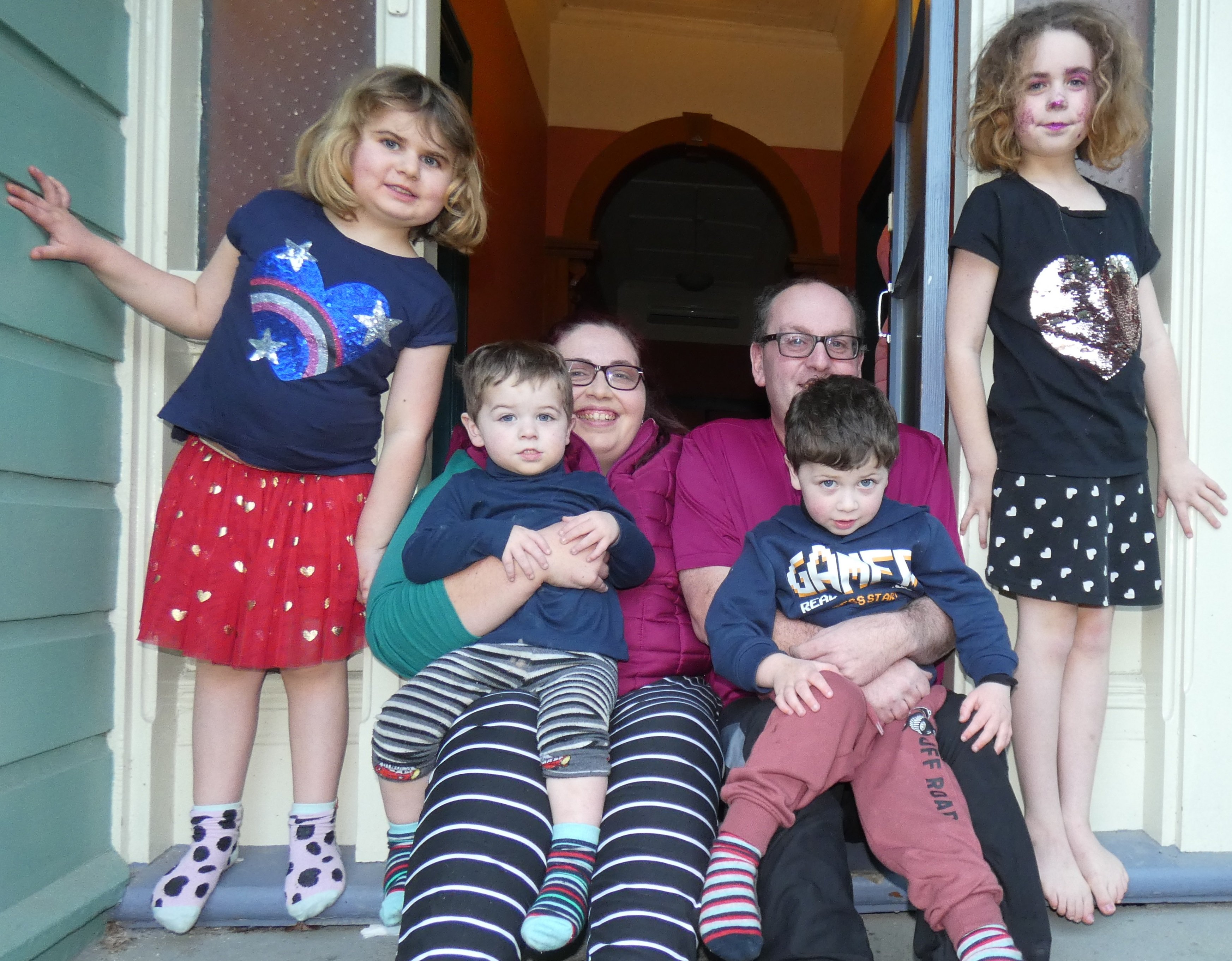 Sarah and Jason McCook, with their children (from left) Isabel (6), Cooper (2), Connor (4) and Samantha (8) feel thankful for the help of New Zealand charity Heart Kids. PHOTO: SIMON HENDERSON
Learning to walk is usually a proud moment for any parent, but for Sarah and Jason McCook, of North East Valley, it was the first sign something was wrong with their son, Connor. Simon Henderson reports.

Connor was only about a year old when his parents, Sarah and Jason McCook, noticed unusual behaviour.

"He would be walking along and next thing he would faint completely," Mr McCook said.

At first doctors did not know what was wrong, and after months of testing Connor was given a heart monitor.

The monitor picked up Connor’s heart was physically stopping during the fainting episodes, Mr McCook said.

The analogy doctors used was like a light switch.

"His heart was going off and not coming back on again."

In December, 2018 it all came to a head very suddenly.

Mr McCook thought he was just taking Connor in for a routine checkup on a Friday, but by the Sunday he and and Connor were on their way to Starship Children’s Hospital in Auckland.

"It was all very unexpected."

Adding to the stress was the fact Mrs McCook was 38 weeks pregnant with their second son.

Connor was operated on to give him a pacemaker, and he and Mr McCook were able to return to Dunedin just in time for their youngest son, Cooper, to be born.

"So we got back in time for me to meet Cooper."

The challenge was not over yet for the family.

About a year later, Connor had fluid on his heart and had to be flown back to Starship.

"So Sarah was in Dunedin Hospital [with Cooper] while I was in Starship with Connor.

"It was a bad time, we had two children in two different high-dependency units at the same time. It was very scary."

While both sons had heart issues they were not the same problem.

"Cooper’s was more a slowing of the heart," Mr McCook said.

"Going through real low beats per minute and then he would faint because of the fact he was not getting enough blood through."

Throughout this ordeal, Mr and Mrs McCook were grateful for the support of family and friends.

The help of New Zealand charity Heart Kids was also invaluable, they said.

Mr McCook was on the phone to the charity daily during his time at Starship.

"We would have been lost without them, they were amazing."

"I can’t really put into words how grateful I am to Heart Kids Otago."

While both of the family’s boys were now doing well, Mrs McCook said Heart Kids Otago continued to keep in touch.

Heart Kids chief executive Mark Longbottom said many heart kids would continue to face day-to-day challenges associated with their heart condition for the rest of their lives.

“Often these children will need multiple surgeries and have ongoing health issues.

"We provide intensive wrap-around support for heart families for as long as they want and need it,” he said.

Every year, more than 600 major heart surgeries were performed on children or babies, sometimes in their first few hours of life.