City councillors to get pay rise - and smartphones 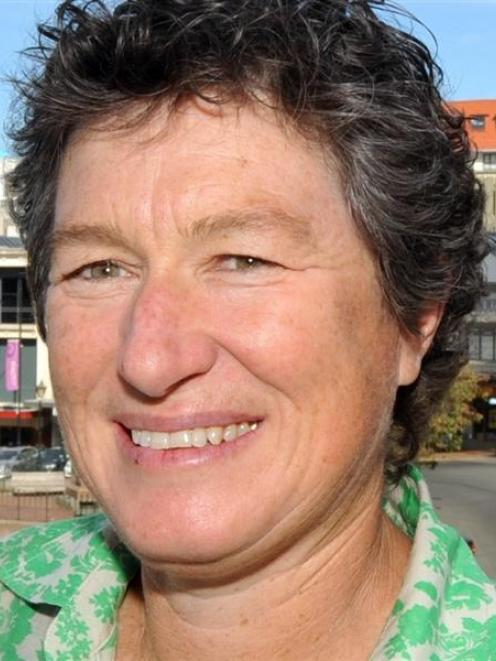 Sandy Graham.
Dunedin city councillors seem set to get a pay rise - together with new smartphones and tablets - following advice from the Remuneration Authority.

However, some Dunedin community board members say they are being left out in the cold as their costs rise while pay rates fail to keep up.

The comments came at a meeting of the Dunedin City Council's remuneration subcommittee yesterday, which considered changes to be implemented after local body elections in October.

The changes were first outlined by the authority earlier this year, leading to yesterday's discussions by the council's subcommittee, but would also require full council approval at a later meeting.

The authority set base pay rates for mayors, councillors and community boards, but left councils to decide how to allocate a pool of extra funding to reward extra responsibilities.

Dunedin's community board members - previously paid $8166 a year - would face changes, ranging from a $1166 drop for the Strath Taieri board to a $334 increase for the Mosgiel Taieri board.

That would bring members' base rates to between $7000 and $8500 a year, depending on the board, while board chairmen continued to receive twice the base rate.

However, the authority, using a national formula, also allocated $73,650 to the council to divide between councillors with extra duties.

Subcommittee members yesterday decided most of it - totalling $63,830 - should be split between the city's next deputy mayor and those chosen to chair the council's committees.

The remaining $9820 would reimburse councillors who worked on the second generation district plan.

Together, the changes would see the deputy mayor's pay rise to $63,830, while committee chairmen received $58,920.

Councillors would also have the option of receiving smartphones and tablets to help them access digital council agendas and reports, Ms Graham said.

The offer would replace the existing entitlement to a landline phone for each councillor, as well as reduce paper consumption, she said.

It would be paid for from within existing council budgets and was expected to be cost-neutral over the next three-year term, she said.

''Things have changed. Technology is changing all the time and it will actually be cheaper for us to do that,'' she said.

There were also changes to expenses claims, including small increases in mileage rates for travelling councillors.

However, that came only after two other members - both also community board members - voiced concern at the way boards were being treated.

Trevor Johnson, of the Chalmers board, and Scott Weatherall, of the Saddle Hill board, both said the changes left little for board members, who faced additional costs while performing their duties.

Mr Johnson said the growing reliance on cellphones meant communication was becoming more expensive for some board members who were ''going backwards''.

''I think it's reasonable that community board members be compensated in some way for communicating.''

Mr Weatherall agreed, saying the loss of some entitlements was making it ''harder and harder'' for board members.

It was up to the council to recommend any pay rise for board members to the authority, but Ms Graham's report said there did not ''seem to be a case'' at present.

Subcommittee members instead suggested extending a $33.33 phone call allowance for councillors to board members as well, which Mr Weatherall said would be ''a starting point''.