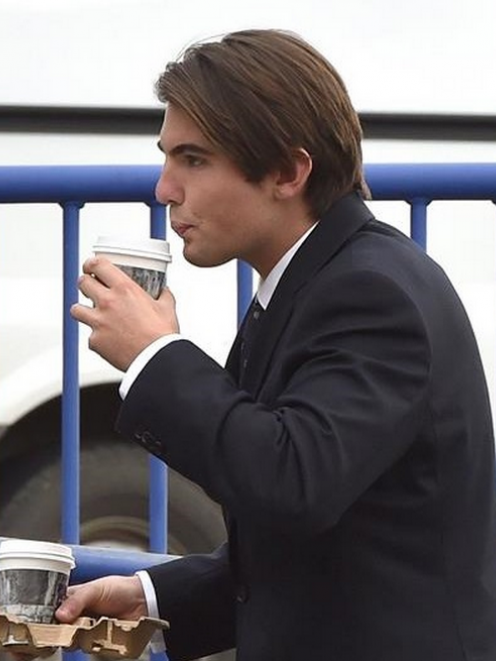 Nikolas Delegat
A rich-lister's son who punched a female police officer in the head several times has been sentenced to do 300 hours community work.

Nikolas James Posa Delegat (19) was a University of Otago student when he attacked the police officer and a Campus Watch staff member during a drunken scuffle outside Starters Bar, in Frederick St, in March last year.

He has been sentenced to 300 hours community work for the police assault, 100 hours for assaulting a campus watch officer, 60 hours for wilful damage, and 60 hours for resisting arrest. All are to be served concurrently.

He has also been ordered to pay $5000 emotional harm reparation to the police officer he punched.

Delegat fought to keep his name from the public, beginning with an application filed in the Auckland District Court last May.

That bid was quashed by the Court of Appeal in November.

As a result of the assault on her, Constable Kane needed hospital treatment for a black eye and serious swelling to her face.

That charge was amended to assaulting a police officer with intent to obstruct her in the execution of her duty earlier this year.

He admitted to resisting arrest last year, but did not plead guilty to the other charges until June this year.

He yesterday applied for a discharge without conviction.

In sentencing the 19-year-old, Judge Kevin Phillips said he would not grant a discharge without conviction as Delegat assaulted two people without "any real degree of warning or provocation".

He punched Const Kane with such force to render her unconscious and then delivered three further blows.

Her injuries resulted in concussion and 15 hours hospital treatment.

A summary of fact said Delegat punched a hole in a window after he became very angry about a remark made by a friend about his girlfriend.

He then punched a Campus Watch officer who intervened during a heated argument between Delegat and his girlfriend and violently resisted police, punching Constable Kane in the face as she was trying to arrest him.