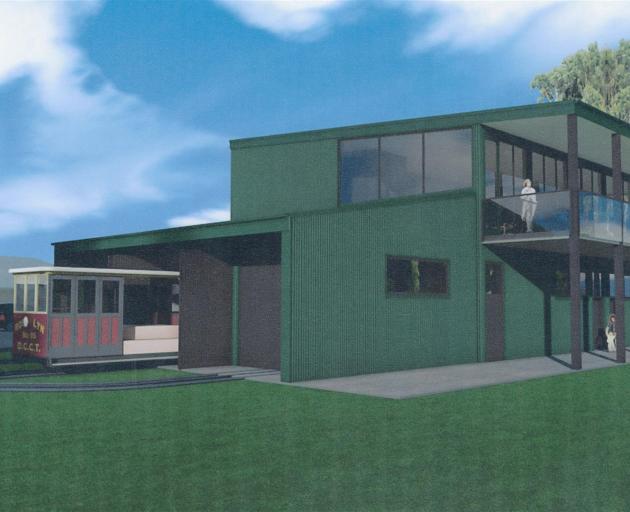 Plans for the proposed stage two Mornington cable car building. GRAPHIC: WYATT + GRAY ARCHITECTS
The  trust behind the proposed return of Dunedin's High St cable cars has released a concept plan for a stage-two building as it applies for the $23million it will need to complete the project.

The Dunedin Heritage Light Rail Trust is also searching for someone experienced in fundraising to take it forward.

The trust this year built the first iteration of its project at Mornington Park, a smaller building to house three cable cars.

The $70,000 building is expected to be replaced with a larger structure costing up to $5million, the terminal for cable cars that would run between Mornington and the city as a tourist attraction.

The design was not finalised, but gave ``a rough idea of what it looks like''.

The building's cladding, for instance, was expected to change.

The drawings would be included in the trust's application for funding from the Government's $1billion per annum Provincial Growth Fund.

``We need these drawings to go up with that document, so they've got an idea of what we're looking at.''

Mr Jemmett said the Dunedin City Council would look over the document before it was sent, to check it.

He said there were hurdles to overcome, as other cable cars in Wellington and San Francisco did not turn a profit.

However, they did attract tourism which brought money into those cities.

``This could be the same way.

``It may not make money on its own, but it will help generate a lot more money for the city.''

Mr Jemmett said the trust was looking for someone with skills in raising the sort of funding required.

``We have approached a few people, but because those sort of people are in big demand, they are a bit reluctant to take on any more work.