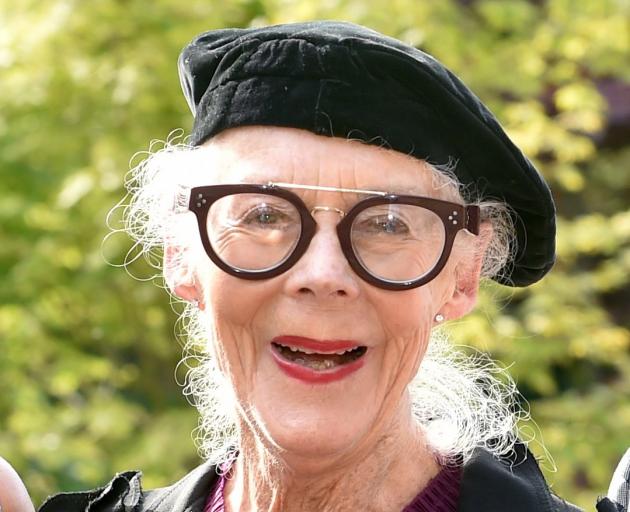 Barbara Brinsley. Photo: ODT files
Arts scene doyenne Barbara Brinsley is concerned the true value of the Dunedin Hospital art collection is being overlooked, both in the current hospital and the future one.

Dunedin Hospital began collecting art in 1970, and has since accumulated a substantial trove, in numbers of works and artistic importance.

Mrs Brinsley, a former theatre nurse and an adviser to the hospital art advisory committee, said works on display in the hospital’s emergency department had been taken down due to Covid-19, and she was concerned that they had not been put back.

"Last year some of it was taken down and it was months later that the art committee was informed that some of it was still sitting on the floor or in people’s offices ... and most of it is still down.

"It is medically proven around the world that art improves the [hospital] environment and improves people’s stay there."

Hospital art advisory committee chairwoman Nicola McClymont said some artworks needed to be taken down from the ED walls to support infection prevention and control measures as part of the response to Covid-19.

"Possibly some artworks could have stayed up, but we knew the ED teams had more pressing worries than working through this with us at the moment, and we appreciate all their incredible work," she said.

“We look forward to seeing artwork returning to the emergency department in due course, when we can celebrate the end of this outbreak."

She was also worried that designers might choose to use certain types of fire-resistant wall claddings which were not intended to have artworks displayed on them.

"There is a lack of communication about what is going to happen to the art, and I consider the art as important as the walls or the beds."

Ms McClymont said there had been, and there would continued to be, discussions with the new Dunedin Hospital team about art in the new building.

"Those discussions include the numbers of art works which can be transferred and what will be required to hang or install them.

"To date, we do not know what materials are planned for use in the new building but this is certainly something that we are including in our discussions."