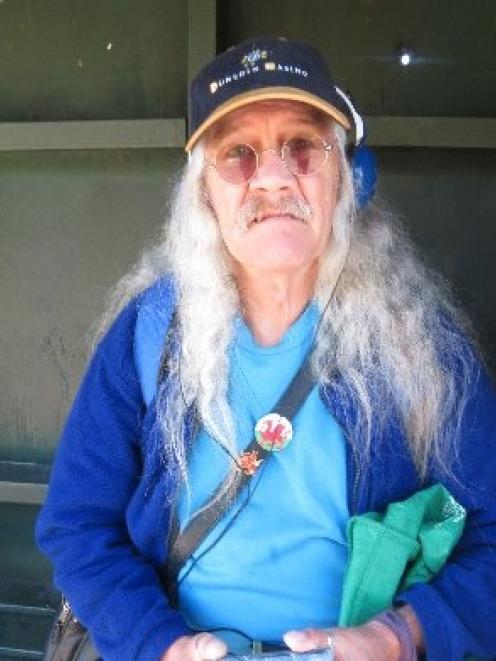 Pine Hill man Owain Morris is concerned about how difficult it is to get the GoCard Extra concession bus pass. Photo by Jonathan Chilton-Towle.
Accessing concession bus passes has become a struggle for some of Dunedin's disabled community as the only place someone can obtain the passes is not on a bus route.

Pine Hill man Owain Morris has a bipedal mobility problem and walks with a cane. He relies on the public bus system to get around and makes about 10 bus trips every week.

Recently, Mr Morris found out his GoCard Extra, which entitled him to a discount when using the buses, was about to expire. GoCard Extras currently must be renewed every three years.

The only way to renew the pass was by taking a letter from Work and Income confirming he was receiving a Supported Living Payment due to a health condition or disability to the Otago Regional Council (ORC) office on Stafford St.

Unfortunately the office was not on any bus route and was several minutes' walk from the nearest bus stop.

The short uphill walk to the ORC building might not seem hard to most people, but for Mr Morris it was a real struggle. He said it took him about 30 minutes of walking with his cane to reach the office.

He had a friend who took more than a hour to make the climb due to breathing difficulties and knew another person who had given up going to the ORC altogether and was using buses without a discount.

Mr Morris believed the solution to the problem would be allowing GoCard Extra holders to renew their passes at the Dunedin City Council civic centre in the Octagon, which was easily accessible by bus.

ORC manager support services Gerard Collings said the ORC was aware of the problem and had recently been taking a practical approach.

In several cases, GoCard Extra users who had a letter from Work and Income confirming they had a permanent disability had been issued with cards for longer than three years so they would not have to visit the ORC office so often.

''We're about enabling mobility,'' he said.

Any civil servant could issue the passes and the obvious solution would be for the ORC to outsource the work to the DCC civic centre, he said.

''We'd prefer it if all Community Service Card holders had access to discounted travel as that would solve the problem,'' he said.

In Palmerston North and Tauranga this was already the case, Mr Dowden said.