Contractor sought for work to cap and close landfill 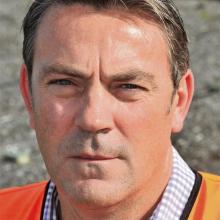 Chris Henderson.
A search is under way for a local contractor to cap and close the recently maxed-out northern portion of Dunedin’s Green Island Landfill.

The complete closure of the landfill is expected to be finished within the next 10 years, but a ‘‘staged closure’’ could begin in January, Dunedin City Council request for tender documents say.

Present estimates are that the Green Island Landfill can keep taking waste for up to eight more years.

But the consents giving the council permission to run the landfill are due to expire in 2023, the council says.

And it says it is likely to apply for new consents while it investigates how long landfill operations can continue there.

Nevertheless, the staged capping and closure work due to begin next year would begin while the investigations into, and decisions about, the landfill’s remaining life were made, the council tender documents, obtained by the Otago Daily Times, said.

The council documents said a large northern section of the landfill was filled to capacity in July this year.

Detailed design work for a haul road, gas works and the landfill capping had already been done, the documents said.

And they said the council now needed a contractor to deliver those physical works as specified.

In addition to the new work, they said an area on site previously capped in 2013-14 had been investigated and required ‘‘significant re-work’’ to meet requirements.

Capping of landfills was required to meet minimum design criteria as specified by the Ministry for the Environment to minimise the amount of leachate generated from rain getting into the waste as well as maximising the ability to extract and destroy landfill gas, the council documents said.

Council waste and environmental solutions group manager Chris Henderson said the condition of the cap on closed areas of the landfill was checked regularly.

As waste decomposed in a landfill it would settle and reduce in volume, so maintaining the integrity of a landfill cap was an ongoing process for the closed areas of any landfill.

‘‘This is especially true in recently closed areas, where the rate of waste decomposition is at its highest,’’ he said.

‘‘We recently surveyed the closed areas of Green Island Landfill and identified areas where the landfill cap had become uneven, due to decomposition of buried waste.

‘‘We have therefore included this maintenance work alongside new work to close and cap a more recently completed area of the landfill.’’

The council’s 2021-31 long-term plan includes $13.9million in spending at the Green Island site.

Included in that spending, the council has earmarked $5.1million to begin installing a solar farm on the capped landfill in 2030-31.

And there is $1.8million for ‘‘Green Island Landfill aftercare’’, which begins this year and runs until 2025-26.

A consent application for the Green Island Landfill’s presumed successor, a proposed Smooth Hill Landfill, near Brighton, was lodged with the Otago Regional Council in August last year.

The council has allocated $56.4million in its present long-term plan for the Smooth Hill proposal. 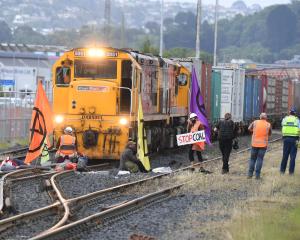