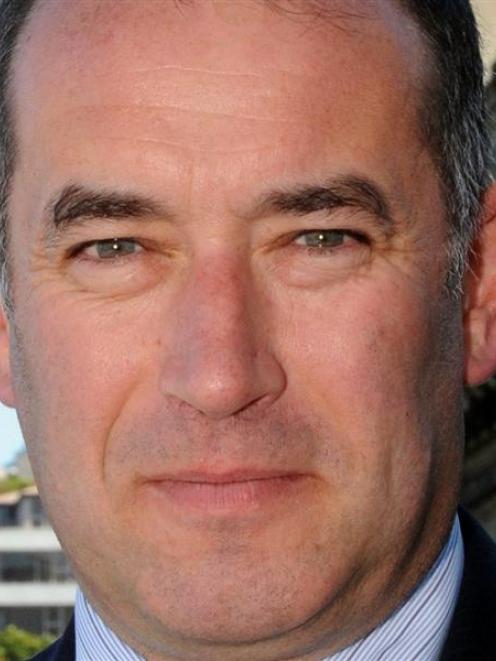 Grant McKenzie.
An outside company will be paid to pry into every corner of the Dunedin City Council in the wake of the Citifleet fraud.

The move came as members of the council's audit and risk subcommittee yesterday endorsed two new policies designed to better protect the organisation from fraud.

The documents - a new internal audit policy and an updated asset disposal and write-off policy - were approved with little discussion yesterday, ahead of a final vote at the next full council meeting.

The policy stated no restrictions would be placed on the scope of the internal auditor, who would have access to any records, personnel or council property, as well as information or explanations as deemed necessary.

They would also have ''direct access'' to council chief executive Dr Sue Bidrose and the audit and risk subcommittee ''whenever required'', the policy said.

Council group chief financial officer Grant McKenzie, speaking at yesterday's meeting, said a call for tenders would be made to companies interested in providing the internal audit service.

There were ''probably three'' suitable companies in Dunedin, but interest could also come from outside the city, he said.

The contract was expected to be awarded on a three-year cycle, unless ''unusual circumstances'' existed, the policy stated.

Mr McKenzie, contacted after the meeting, said the call for tenders was expected to happen later this month or next, in time to have a company in place by June.

The exact cost would depend on the amount of work required, but the council had $25,000 in the budget for 2014-15 for internal audit work.

The council already employed Crowe Horwath to provide internal audit services, but they had been used ''more for one-off projects''.

''The policy is to look at having a programme that looks at reducing your risk overall.

''What this is trying to do is have a more structured approached to it.''

Earlier, speaking during the meeting, Dunedin Mayor Dave Cull questioned whether the new internal audit policy would discourage a company such as Deloitte - used to investigate the Citifleet scandal - from submitting a tender.

The policy required the internal auditor to be independent and provide no other significant services to the council, with some exceptions.

Mr Cull worried that might discourage a company such as Deloitte from applying if it was more interested in other specific areas of work coming up within the council.

Subcommittee chairwoman Susie Johnstone said that would be an outcome of the new policy, but the advantages of having one internal auditor for a two or three-year term outweighed that in the long run.

Cr Hilary Calvert questioned whether the internal auditor's reach would extend beyond the council, to any organisation involved in a joint venture or other relationship with the council.

Mrs Johnstone said the focus would be on particular council processes, like payroll or procurement, rather than a specific business unit within the council.

There were other ways of monitoring contractual relationships with outside parties, she said.

The new policy would be signed off by councillors at the next full council meeting on March 9.