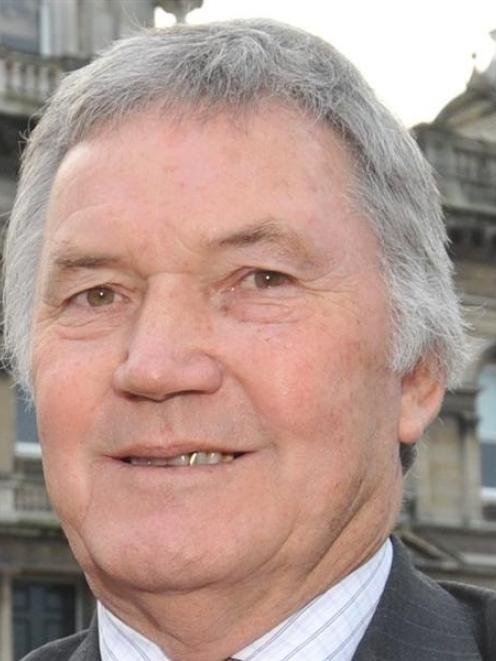 Syd Brown
A Dunedin city councillor has come out on top after colliding with the Dunedin City Council's own road naming policy.

And the victory by Cr Syd Brown at this week's infrastructure services committee meeting has prompted a call for a policy rethink.

That included Ben Lomond Dr - named after the mountain of the same name in Scotland - for a road running through the centre of the development, including the high ground.

That was despite opposition from council staff, who said the name Ben Lomond Dr should be rejected because it did not comply with the council's road naming policy.

The policy sought road names that reflected a common or established theme, a historical person or event, a significant feature, a traditional or appropriate Maori name, or a personal name to recognise special service.

However, it also prohibited names that were too similar to existing street names - and Dunedin already had a Lomond Pl, in Mosgiel, and a Lomond St in Caversham.

The test under the policy's guidelines was whether the ''significant part'' of a new name was the same as an existing one, which was the case in this instance, he said.

He recommended an alternative - Armadale Dr - be used instead, despite the developer's clear preference.

Some councillors sided with council staff, including Cr Teresa Stevenson, who backed the council's ''good policy''.

Others, including Cr John Bezett, said there was a ''huge difference'' between the names, while others noted emergency services were satisfied there would be no clash.

Cr Brown took no part in the debate or vote, but - when asked to by councillors - explained why the name was preferred.

He said it was part of a theme chosen by his children, drawing on Scottish history and district and clan names from around Mossgiel, in Scotland.

Councillors voted to accept the names, including Ben Lomond Dr, prompting Cr Jinty MacTavish to suggest it was time for a rethink.

The number of policy exceptions already granted meant, after October's elections, the incoming council should reconsider the approach, she told the meeting.