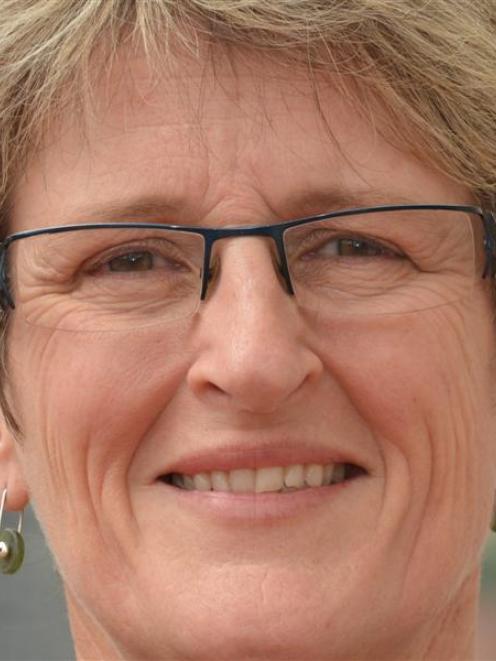 Sue Bidrose
The Dunedin City Council looks set to reach the summit of its debt mountain and start paying it down over the other side.

However, Dunedin Mayor Dave Cull and council chief executive Dr Sue Bidrose have cautioned now was not the time for profligate council spending, and discipline would be needed for years to come.

Councillors considering the council's 2014-15 budget later this week would face a possible 2.5% rates rise, and a host of competing options vying for the $633,000 in unallocated funds created in the budget.

They would also face a situation unique in the council's recent history, as the organisation was forecast to begin repaying more debt than it borrowed for the first time in a decade, Dr Bidrose said.

The council's consolidated debt - spread across the council and its companies - stood at about $612 million.

However, the council's share of that, excluding companies, was forecast to drop from about $264 million in 2013-14 to $258 million in the coming financial year, Dr Bidrose said.

That reflected a push during the last council term to cut costs and accelerate debt repayments where possible, even while still borrowing to complete projects - such as the town hall upgrade - begun in previous council terms.

The results were beginning to flow through into the council's budgets, with forecasts showing a steady decline in core council debt - to $187 million in the 2021-22 year - was to begin.

That would see the council meeting its self-imposed goal of reducing core council debt below $200 million, but only if spending discipline was maintained.

Dr Bidrose said the forecasts showed the council was heading into ''clear water'' financially, but only just.

''The tide is flowing in our direction ... We've only just turned the ship around, but we're no longer [just] promising that we're going to turn the ship around.''

Mr Cull agreed, cautioning a ''spending spree'' that consumed the debt to be repaid would be ''basically throwing away'' the possibility of reaching the council's $200 million debt goal in 2021.

It could also have a negative influence on international credit agency Standard and Poor's view of the council's financial recovery, having only just lifted its negative watch on the council, he said.

While this council would have their own views on some of the previous council's commitments, Mr Cull hoped the $200 million target would stay.

''I would hope that the rationale that underpins that ... would continue to be respected. I don't think [changing the target] would go down very well with our community.''

However, councillors would have to juggle the pressure of continued financial discipline with the need to invest in the city's development, Mr Cull believed.

''We can't stand still ... but we have to be doing it in a very constrained spending environment.''

The council had previously expected to begin repaying more than it borrowed in the 2013-14 year, which ends on June 30.

Dr Bidrose said that remained a possibility, but the result was now going to be ''close'' after some earlier planned capital expenditure was delayed, pushing the associated borrowing into the 2013-14 year.