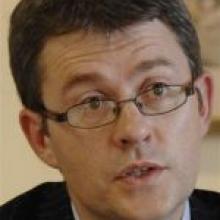 Paul Orders
The Dunedin City Council is cracking down on unsolicited gifts to its staff, after being showered with free rugby tickets, dinners and a $1000 donation for a night out in the past year.

The move by council chief executive Paul Orders was confirmed this week as he released a copy of the council's gift register following an Otago Daily Times request.

The register listed 59 gifts of $100 value or more, worth about $10,500 in total, accepted by council staff from outside parties in the past year.

It showed two companies - RadioWorks and The Radio Network, which both benefited from council advertising - were among the top donors, gifting rugby, movie, theatre and other sports tickets worth $1200 to council staff.

RadioWorks also made a $1000 donation towards the cost of a Christmas function for the council's aquatic services staff, held at the Lone Star restaurant in December last year, the list showed.

The register showed some gifts were accepted by council managers for their own use, but most were distributed to their staff.

Mr Orders this week emphasised the gifts complied with existing council rules, and there was "no question about the integrity of staff who have accepted any of the gifts".

However, some of the behaviour - including staff accepting multiple gifts and radio stations helping pay for council staff functions - would no longer be acceptable.

Rules would be tightened, he said.

"They risk creating a negative public perception of DCC's relationship with that supplier and do not serve to enhance the reputation of the DCC."

Mr Orders said he had planned an "overhaul" of rules for gifts and hospitality following his appointment earlier this year.

However, compiling the list for the ODT had revealed "inconsistencies" in the way some gifts were recorded.

Council governance manager Sandy Graham had requested gift details from all staff, but some had not appeared on the register until queried later.

Mr Orders said tighter rules would ensure "compliance across the board".

"It does need to be improved."

Staff would in future be required to register any gift worth more than $50 - lowering the existing threshold from $100 - and had also been issued with a new "standards of integrity and conduct" guideline.

The way gifts were signed off by managers was also being tightened, and the gift register would be published on the council's website each month, beginning next year.

"It's best to have this information out in the public domain, so the organisation is clearly seen to be operating high standards of transparency," he said.

It was important the council operated in a manner that was "beyond reproach", but also maintained links to the community, he believed.

The register showed aquatic services manager Steve Prescott received the most gifts - mainly rugby tickets from the ORFU - but distributed them to his staff, as well as the $1000 donation from RadioWorks.

Neither Mr Prescott nor RadioWorks staff returned calls this week, but council community life general manager Graeme Hall - whom Mr Prescott reported to - said the tickets were part of a "historic" arrangement between the ORFU and the council.

Highlanders and Otago rugby players were offered free use of Moana Pool in return for advertising at Carisbrook and free match tickets for council staff, he said.

That dated back more than a decade, but would cease now Carisbrook was to be sold, he said.

The $1000 donation from RadioWorks was in lieu of the type of gifts other council departments received from the company, due to their advertising relationship, Mr Hall said.

Each council department usually had a ratepayer-funded Christmas function each year, and the company's $1000 offer had offset that cost.

Rugby World Cup tickets to staff also featured prominently on the list, as did movie, theatre, netball and basketball tickets for use by council staff.

Tickets to the rugby offered a chance to "chew the fat" away from the office, and there were no expectations "at all" attached to the gifts, he said.