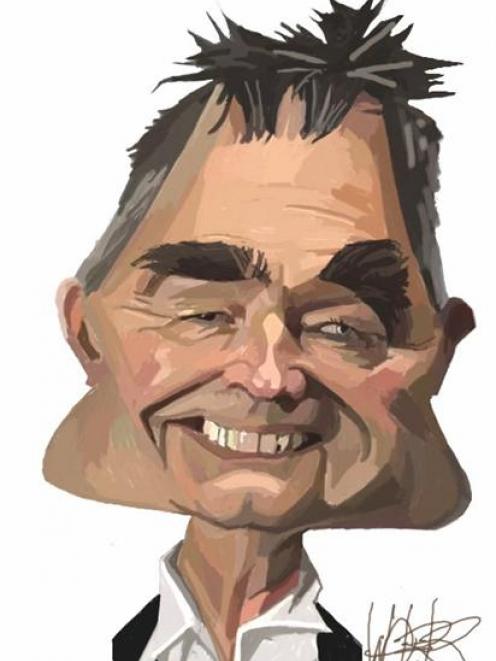 “There's a recognition that one of the ways to enhance the provision of services, and cut the cost of them, is to ... share them” - Dunedin Mayor Dave Cull
Southern councils, including the Dunedin City Council, are to investigate new ways of amalgamating services to save money, as well as speaking with one voice when dealing with the Government.

Six councils have agreed to form a new southern mayoral forum, which would meet at least every three months to discuss issues including regional economic development and co-operation, Dunedin Mayor Dave Cull said.

The first meeting was expected in about the next month, and shared services would be near the top of the agenda, Mr Cull said.

Leaders attending the meeting would decide whether to proceed with an investigation of shared services, looking for ways back-office services duplicated across the Otago councils could be amalgamated.

The biggest potential savings were likely to be found within councils' information technology, human resources, finance and procurement departments, so they could be the initial focus of any consolidation.

The new forum would include Mr Cull and the mayors of the Queenstown Lakes, Central Otago, Waitaki and Clutha districts, along with the chairman of the Otago Regional Council.

It was hoped the organisation could be expanded over time to encompass all southern councils below the Waitaki River, Mr Cull said.

The new forum was agreed by the mayors when they met for the first time since last year's local body elections to renew the region's 2010-13 triennial agreement, a legislative requirement.

The new forum was expected to supersede previous triennial mayoral meetings and those of regional economic development grouping Otago Forward.

Mr Cull said it had the backing of all mayors.

Central Otago Mayor Tony Lepper agreed there was "lots of scope" for savings from shared services that could benefit ratepayers.

The move followed the formation of the Auckland Council last year, but Mr Cull said sharing services was being "talked about, and even explored quite actively" across New Zealand.

"There's a recognition that one of the ways to enhance the provision of services, and cut the cost of them, is to actually standardise services a bit across local bodies and share them.

"What would be wrong with at least exploring the fact that you might have one finance department or HR department for the region and everyone uses it?"

The DCC already shared some library services with other southern councils, but the pattern of "regionalisation" was becoming clearer in other areas, including civil defence, rural fire operations and the creation of the Southern District Health Board.

"We're really going along with that pattern of thinking."

The savings would be found in back-office areas that did not affect council services for ratepayers, but "you'd have to imagine that there would be some savings, and they'd be useful savings", Mr Stephens said.

Mr Cull said it was hard to say how big the project could become at this early stage, but he saw "huge potential".

Services could be centralised in different centres, depending on areas of expertise of the individual councils, and jointly funded by all participating councils to provide the service to them all.

"The important thing is to share the service, to reduce duplication and thereby reduce the cost," Mr Cull said.

"We want to do things better for the benefit of the region."

A report detailing possible shared services could be prepared for consideration by Dunedin city councillors later this year.

For example? Human resources, IT, finance and procurement.