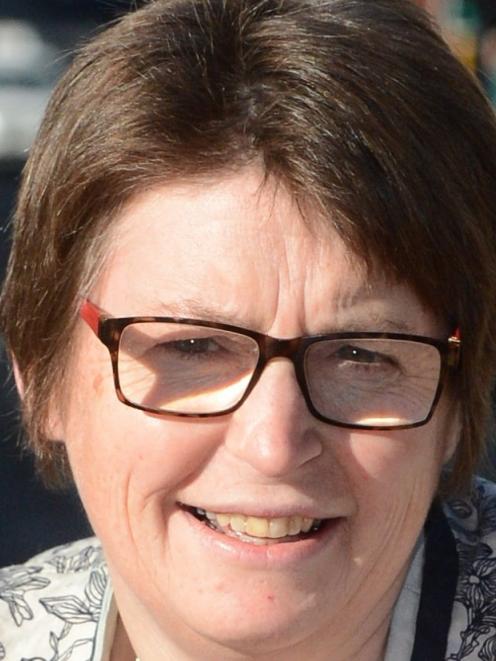 Kate Wilson
A retired couple forced to fight for five years to sell their farm to the Dunedin City Council were left with ''a noose around their necks'', Cr Kate Wilson says.

William and Fiona Smeaton owned the 15ha farm sold to the council for $1.725million in December last year.

The sale was among seven property purchases, spanning more than a decade, detailed in documents released to the Otago Daily Times.

The couple declined to speak to the ODT, but Cr Wilson - who worked with them to help agree a sale to the council - said the deal ended a five year fight to resolve an impossible position.

The couple had faced a ''tenfold'' increase in their rates bill, to more than $10,000 a year, after their farm at 91 Dukes Rd was rezoned from rural to industrial in 2004, Cr Wilson said.

The change was the result of Variation 9B, a council plan change which rezoned 37ha of rural land to industrial alongside Dukes Rd.

Despite that, the couple had been excluded from a deal that offered their neighbours on Dukes Rd the chance to sell their properties to the council over the next decade, Cr Wilson said.

As a result, the couple were left unable to afford the rates spike without returning to work, but were also unable to sell their property, which lacked the services needed for an industrial development.

The rates bill was so large it forced Mr Smeaton out of retirement, but Cr Wilson said she had struggled to ''find staff who would focus on it''.

''They just couldn't move off their land. For the couple, in their words ... the situation was like being in prison.

''It was probably one of the most unjust things I've seen on my time in council,'' Cr Wilson said.

That eventually changed under council chief executive Dr Sue Bidrose, who ''went through a process'' with the couple, leading to an agreement last year that was ''fair and reasonable'' to both sides.

''The people most affected by the decision of the council were the ones that didn't get the contract and the security of an agreement.

''They really had to deal with it on their own for a substantial amount of time.''