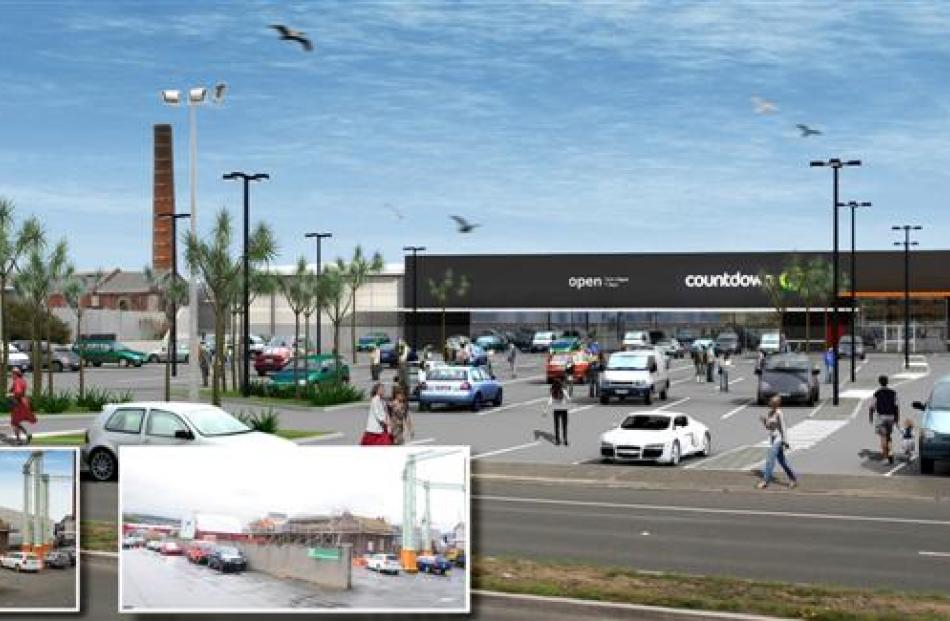 An artist's impression of the proposed Countdown on Andersons Bay Rd, Dunedin, with (inset, left) the proposed design of the rear of the building, with the Dunedin Gasworks Museum fitting shop in the foreground, ... 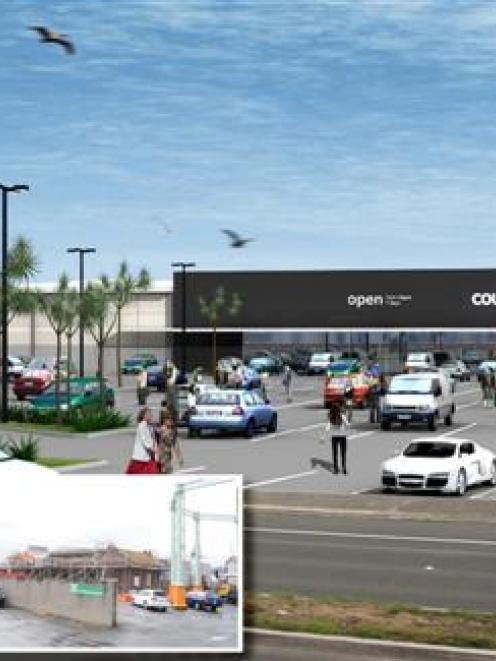 An artist's impression of the proposed Countdown on Andersons Bay Rd, Dunedin, with (inset, left) the proposed design of the rear of the building, with the Dunedin Gasworks Museum fitting shop in the foreground, and (inset, centre) the site as it is. ODT Montage
Supermarket operator Progressive Enterprises' bid to build a Countdown outlet in South Dunedin - beside the Dunedin Gasworks Museum - has been rejected by the Dunedin City Council's resource consents hearings committee.

However, the committee's decision has left the door open for the supermarket giant to redesign its proposed store and make a second attempt.

The decision - signed by committee chairman Cr Richard Walls - acknowledged concerns the supermarket would overshadow the gasworks museum, which was "a heritage site of national, if not international, significance".

The positioning of the proposed supermarket did not give "appropriate recognition to the historic heritage of the museum site", Cr Walls said.

[comment caption=Has the DCC made the right decision?]An alternative layout for the supermarket could provide a "more sensitive" relationship with the museum, while also further reducing any hazard posed by a nearby lpg storage facility and contamination at the site.

The committee considered an interim decision granting consent, subject to a redesigned layout, but decided against it.

"The committee considers a fresh application, should the applicant choose to submit one, to be preferable to an interim decision."

Progressive had hoped to build the store on a 1.1ha site beside the museum, on a former car yard bordering Andersons Bay Rd.

The proposal attracted 20 submissions, 19 of them opposed, and arguments were heard by Cr Walls, Cr Kate Wilson, and commissioner David Benson-Pope during a three-day hearing in March.

The decision was released to participants on Friday and a copy obtained by the Otago Daily Times yesterday.

The company and submitters had 15 working days to lodge an appeal with the Environment Court.

Progressive staff were not available for comment last night.