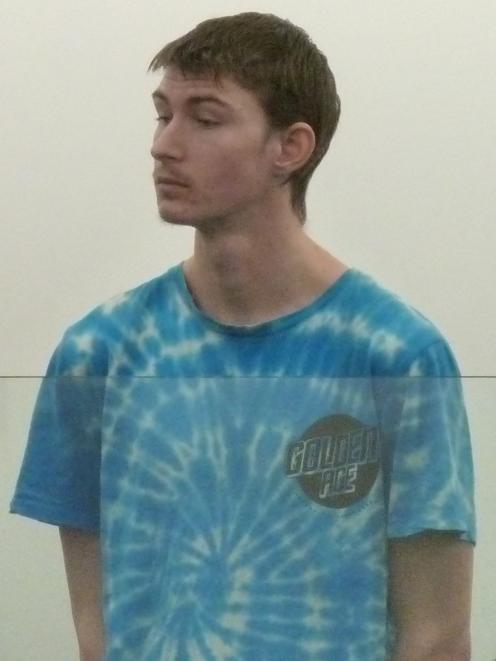 Matthew Barnes has only eight months of a prison sentence left to serve after a successful appeal . Photo: ODT files
A Court of Appeal ruling on a Dunedin case, which has "changed the state of the law", has resulted in a man's jail term being reduced by five months.

Matthew Thomas Barnes (23) has been behind bars for more than 14 months after being convicted of aggravated robbery, following a "cruel, vicious, cowardly and unprovoked attack" in Dunedin in February 2016.

He was sentenced to two and a-half years' imprisonment after he and three others attacked and robbed a man on The Oval as he walked home from work.

The offence constituted his second strike under the controversial three-strikes regime, which the Government recently failed to repeal.

Barnes' first strike came before the Dunedin District Court in 2014 when he was convicted of having sexual connection with an under-aged girl.

He had started a relationship with a 14-year-old and assured her parents there would be no sexual activity.

However, Barnes quickly reneged on the deal.

While the conviction fell under the definition of a "serious violent offence" in terms of the legislation, the Court of Appeal in March said: "there was nothing `violent' about the offence."

Counsel David More appealed the most recent sentence on the basis that the penalty was excessive.

The Court of Appeal agreed.

"The risk of a disproportionately severe sentence is starkly illustrated in a case like this ... The circumstances of Mr Barnes' previous offending did not place him near the category of persistent repeat offenders," Justice Mark Cooper said.

"Serving the full sentence of two years and six months without eligibility for parole is disproportionately severe having regard to Mr Barnes' personal circumstances and the circumstances of his offending."

Though not the norm for sentencing judges, the Court of Appeal ruled they could take parole eligibility into account on such occasions.

"We anticipate that it will only be in exceptional cases that sentencing judges will be able to take this approach," Justice Cooper said.

Barnes' file was sent back to the Dunedin District Court for reconsideration and he appeared before Judge Michael Crosbie again this month - more than a year after he was originally sentenced.

The judge said the appeal court's decision had "changed the state of the law".

He stressed there was no challenge to the facts of the case, in which Barnes was assessed as the principal offender.

"This was not a drunken street fight that got out of hand or a bar brawl where your were taunted or coaxed on," the judge said.

"It was four men on one, who was walking home from work."

While the Court of Appeal had urged him to step back and reconsider his sentence, Judge Crosbie said, on reflection, he had given Barnes an unwarranted deduction from sentence the first time round.

However, he noted the defendant's maturity displayed while incarcerated and the fact one of his co-offenders was already on parole.

Mr More urged the judge to replace the sentence with one of home detention but Judge Crosbie said that would be "wrong" in the light of such a serious incident.

Barnes was resentenced to two years one month imprisonment. He will be released in March next year.

HOW DOES THREE STRIKES WORK?

First strike: Given a warning of the consequences of committing further “serious violent offence”.

Second strike: Sentence to be served in full without the chance parole.

Third strike: Offender serves the maximum penalty for the offence committed, without parole.

HOW HAS THE BARNES CASE CHANGED THINGS?

Before now, sentencing judges imposed jail terms on second-strike offenders without  specifically considering the fact they would be serving their time without the prospect of parole.

The Court of Appeal ruling now allows judges to reduce sentences for second-strike offenders if they believe it would be “manifestly unjust”.

It would only be “exceptional cases” affected, the court said.