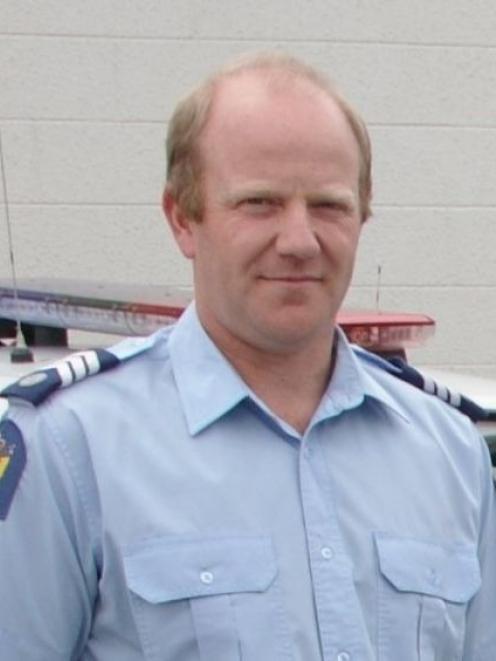 Senior Sergeant Craig Dinnissen. Photo: ODT files
Dunedin police have made another three arrests for breaches of the lockdown, as the number of people flouting the rules increases.

Senior Sergeant Craig Dinnissen, of Dunedin, said a 51-year-old man was arrested in Brockville on Tuesday after he entered a shop and spat on the counter.

Another man (age not known) was arrested on Tuesday morning in Stenhope Cres in the suburb of Corstorphine after he was caught driving around Dunedin without purpose.

A 44-year-old man, of no fixed abode, was arrested after numerous warnings about breaking the lockdown rules.

The man had entered a Dunedin house he was not supposed to be in, and refused to leave.

Snr Sgt Dinnissen said an increasing number of people were flouting the rules, including surfers who were now surfing at more remote beaches.

He said one surfer spoken to on Tuesday had cycled from St Clair to Whareakeake (formerly Murdering Beach), northwest of Aramoana.

"Some of these people are claiming it is for their mental health, but it is in direct contravention to rules set by those the country elected.

"Remote beaches like Murderers Beach puts emergency services at greater risk due to limited communications and access to the area.

"We now have clear direction from the Government that surfing is not an allowed activity. If surfers can’t understand that ..."

He warned those who continued to breach the lockdown rules that enforcement action would be taken.

"We are obviously taking names and details, and if someone is caught a second time, they may be arrested. Arrest is one of the tools in our bag.

"We’re definitely disappointed — frustrated that some people don’t seem to be getting the message.

"People are just starting to take the mickey, really. Enough is enough.

"Everyone else in society is abiding by the rules and doing their best, and yet these ones can bike over 30km to go for a surf.’’