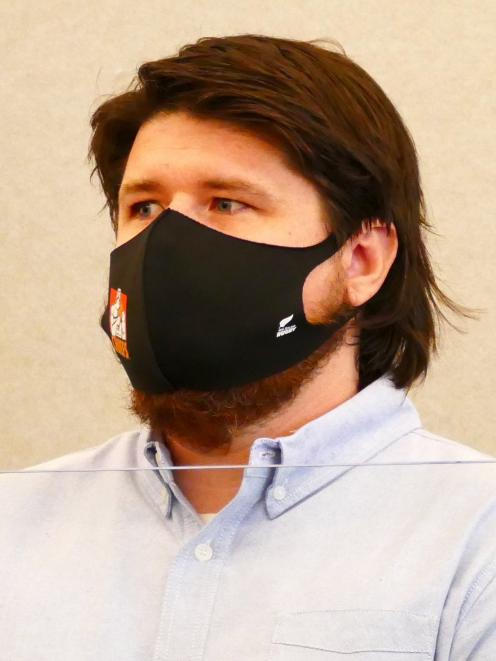 Ben Polley. Photo: Tina Grumball
A predator who groped three sleeping women has been brought to justice nine years after the attacks.

The three women appeared in the Dunedin District Court this week to tell Ben Jackson Polley (32) exactly how his one moment of "sexual gratification" had affected their lives.

"You ripped away my feeling of a right to self-sovereignty, as if I didn’t have a right to make a decision about myself or my body," one of the women said.

She told the court the feeling of being safe in her own home had been completely destroyed.

Now a single mother, she said her children did not understand why she did not want to play with them, as her ability to be emotionally available had been affected.

She described how she would "weep silently" when her young daughter would sneak into her bed while she was sleeping — because that was exactly what Polley did.

On two occasions, in 2012 and 2013, he climbed into their bedrooms through windows after they had deliberately locked their doors to keep him out.

Polley attacked the third woman when she fell asleep on a beach waiting for friends.

All three were intoxicated, completely vulnerable to the indecent assault the man committed, the court heard.

The third victim told Judge Peter Rollo she lost enthusiasm for her education and fled New Zealand after withdrawing from her social circles from fear they would side with Polley.

"I spent years working at my studies and in one small moment he took it away from me," she said.

The women said they had long-lasting mental scars; one diagnosed with PTSD and another fertility problems that she linked back to the trauma.

These included seeing a psychologist and making an offer of reparation to recognise the emotional harm to the victims.

However, there was some debate over whether he truly accepted his guilt after he told Probation he was "really really sure he had consent to be in the beds at that time".

Mrs Stevens argued the statement was a misunderstanding and underscored the fact her client had not offended for eight years.

While Polley reportedly had mental-health issues, Judge Rollo said his circumstances could not outweigh the toll on the victims.

"They had a right to a sense of security, and in those circumstances ... you chose to enter their rooms, enter their beds, for your own sexual gratification," he said.

Polley was sentenced to eight months’ home detention, during which he would continue therapy, and 120 hours’ community work.

"It’s extremely disturbing that people like Ben Polley exist," one of the women said.